I've been tagged! Take the gun! Go on without me... 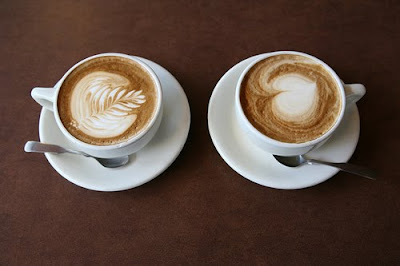 I've been tagged by Saranga at http://paiwings.blogspot.com/ to contribute to an End Of The Decade meme. ( I won't go into my thoughts on when the decade really starts and ends, 'cos I've covered that at Saranga's blog, and I could be here all night... ) The meme in question was originated by Ami Angelwings at http://ami-rants.blogspot.com/2009/12/amis-of-decade-meme.html and the idea is to "basically come up with 3 categories and who you think wins that category. Be creative!" I've never been sure if memes are just another form of chain-letter, but this one seems harmless enough. So, here goes:
1. Best Cup Of Coffee Of The Decade.
( I've helpfully posted a photo of two cups of coffee above, just in case. ) :-)
OK, Paris , April 2007. Sarah and I were having a long weekend, staying in Pigalle - near the burlesque theatres and the Sex Museum! - and enjoying some fantastic Spring weather. One evening we walked into Montmartre and had an espresso outside a little cafe, at the foot of the hill below Sacre Coeur ( see below ). The combination of the surroundings, the beautiful weather, the lovely company and the industrial-strength espresso made this my Cup Of The Decade. Sorry Starbucks, you just can't compete with that! 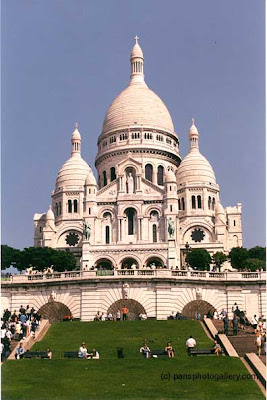 2. Movie Series Of The Decade.
The so-called Noughties has been a great decade for movies, from Bourne and Bond, to Shaun and Hot Fuzz, to Eternal Sunshine and Atonement. But for sheer spectacle, for intelligence and emotion, for beautiful landscapes and ugly Orcs, for hairy Hobbits and flawed humans, for all these and more..... Peter Jackson's Lord Of The Rings Trilogy is The One Series To Rule Them All. 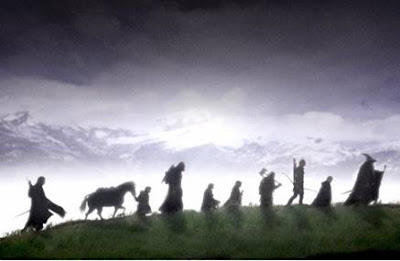 3. Local News Of The Decade.
This is quite a self-indulgent one ( And the others aren't? ) 'cos it relates to my home town of Gloucester. Like a lot of people, I imagine, I have a love/hate relationship with my local area. It's easy to feel bored and stifled by familiar surroundings and to only see the negative side of things. Also, as I've lived in the country and the suburbs ( did I mention that? ) and not actually in the city, I often feel disconnected from Gloucester itself, and possibly think of it like this: 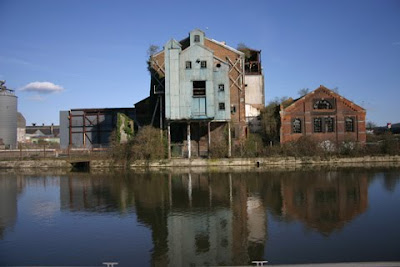 The above is a view of the arse-end of Gloucester docks; not very pretty is it? Luckily, the city has received a multi-million-pound regeneration package and the docks area is first to benefit. 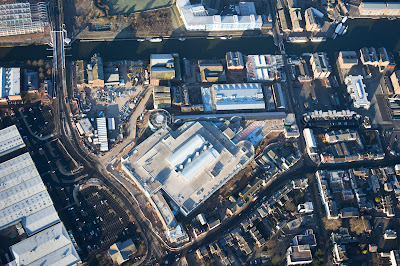 The above is a view of the new building-work going on. New shops, restaurants and hotels are revitalising this part of the city and hopefully bringing in more tourist-trade. The bloody recession can't have helped but it seems like a first step in dragging Gloucester into the 21st century, with more to follow for the city-centre, and not before time!
So, that's my extremely random contribution to this meme. I'm sure other bloggers can produce much more interesting work than me, so I'm laying down the gauntlet to the following good people:
Cal @ http://calvinscanadiancaveofcool.blogspot.com/
Edward @ http://lostinbarnwood.blogspot.com/
Baldy @ http://thatbaldyfella.blogspot.com/
Mickey @ http://www.my-silvermac.com/
Pete @ http://bronzeageofblogs.blogspot.com/
Let's see what you can do, guys!
Posted by cerebus660 at 12:16

Nice choices, avoiding the traditional. And I'm not a coffee drinker but they look good!

Looking forward to it, mate!

Hey hey, Cerebus! Great meme and one that I'll actually have to mull over. Count me in!

Also, I meant to tell you when you had the Calvin and Hobbes banner and then the "It's a Wonderful Life" banner - you always have the perfect images to use. I really like the one you have now, too.

Thanks for the kind words, Mickey!