Back to the cinema with Bond... and Shang-Chi 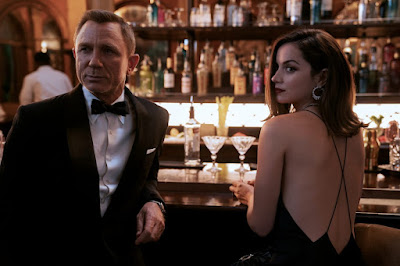 At long last, Bond is back! And his mission this time is to save cinema. ( Of course, this mission had previously been assigned to Tenet but, yeah, that didn't actually work. ) Will it work this time or will cinema just Die Another Day? ( Sorry. ) Going by the UK box office takings for No Time To Die ( an estimated £21 million over the first weekend ) there's a good chance this mission will be a success. 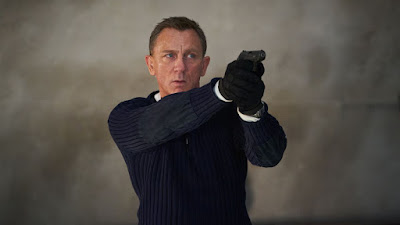 And, of course, it's Daniel Craig's final mission as Bond, bowing out with his 5th movie, the 25th in the series. As long as you don't count the 1967 Casino Royale or Never Say Never Again. And who does?

"Daniel Craig as Ian Fleming's James Bond 007 in No Time To Live And Let Die Another Day" ( to give the movie its full title ) is happily a wonderful send-off to the Craig years. There's quite a bit of tidying up of storylines going on and some nice Easter eggs for the fans ( including the prominent use of an old Bond theme that really drops hints about the story's direction ) but it's not too obtrusive and feels appropriate. The expected action scenes and exotic locales are as exciting and gorgeous as ever although it's probably best not to think about the movie's carbon footprint. Ana De Armas and Lashana Lynch make impressive Bond debuts but both could have done with more screen time. We are however spared the tired Bond trope of the secondary female character being killed off to give our hero something to be angry about ( see previously Gemma Arterton, Berenice Marlohe, Monica Bellucci etc etc ) which is A Good Thing. The rest of the Bond "family" appear for this swansong: the single-letter likes of Q and M, and characters with full names like Moneypenny, Tanner, Leiter and Blofeld. ( Actually the single-letter names sound more believable. )

Rami Malek's villain is the weakest link here, his nefarious plan being short on explanation and long on stereotypical super-villainy. Luckily that's more than made up for by the sheer emotional high stakes of the story. Daniel Craig and Lea Seydoux totally convince here as Madeleine's past catches up with her and Bond, leading to a nail-bitingly tense climax to this story and the Craig era. It's a refreshingly brave ending that is a satisfying final curtain for the best Bond since Connery, if not the best Bond ever. 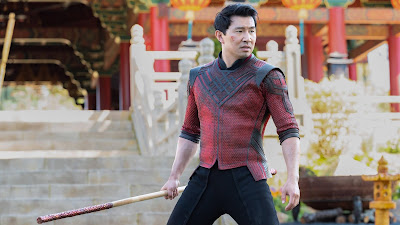 NTTD was actually my second time back at the cinema since the pandemic began. My first, tentative steps back into that big dark room carpeted with popcorn were with Marvel's latest superhero slugfest.

Shang-Chi and The Legend of The Ten Rings is an attempt to redress the balance of the predominantly-Caucasian MCU, where most of the actors seem to be called Chris. It's a hybrid of superhero and martial arts movies with an overwhelmingly Asian cast. And it's great fun. 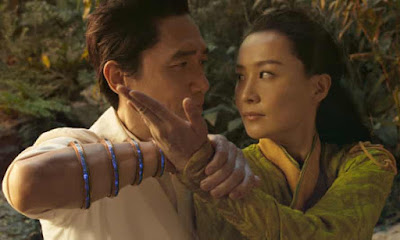 Simu Liu is our hero, the son of an immortal Chinese warlord who's been hiding out in America under an assumed identity but ( wouldn't you know it? ) is dragged back into his father's diabolical world when assassins attack him and his best friend Katy ( Awkwafina ). Cue some ever-escalating and exciting martial arts battles, some not-too-cheesy ( by MCU standards ) humour, a fair old helping of fantasy with often gorgeous visuals and a lot of long-overdue Asian representation. Simu Liu and Awkwafina are charismatic leads you want to spend time with and there's the added bonus of HK / martial arts legends Tony Leung and Michelle Yeoh who are both amazing and virtually steal the show from the young 'uns. Although not the Shang-Chi whose adventures I grew up reading ( courtesy of Steve Engelhart, Jim Starlin, Doug Moench and Paul Gulacy ), this take on the character has a more everyman approach and I'm hoping we'll soon see more of Shang, his ambiguous sister Xialing ( the striking, in more ways than one, Meng'er Zhang ) and the irrepressible Katy. 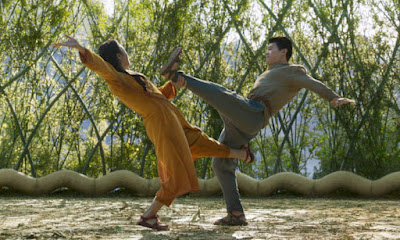 It was a great movie to see for my return to cinemas, a crowd-pleasing, popcorn-munching delight. ( I actually had a cup of tea and a hotdog, but that's typical of me. ) I went to my local picture palace, the Cineworld in Gloucester Quays, on a Saturday morning, gambling that the place would be fairly quiet. Luckily it was and I wore a mask in and out of the cinema so felt fairly safe. It was quite a big step to overcome my pandemic-spawned anxiety about crowds and people in general but I'm glad I did it and it gave me confidence to go back for Bond. Although today's news is dominated by UK Covid figures spiralling upwards yet again ( FFS! ), I'm hoping I'll get back to the flicks soon as the upcoming films from Edgar Wright and Denis Villeneuve will need my attention...

Farewell to our Hero 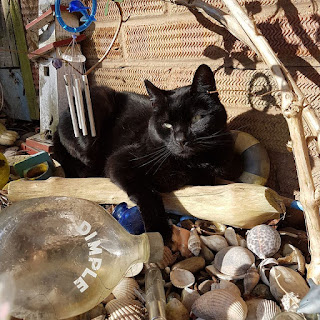 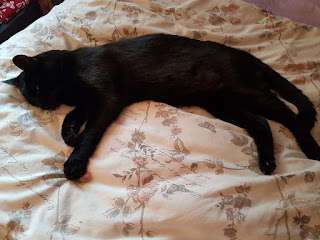 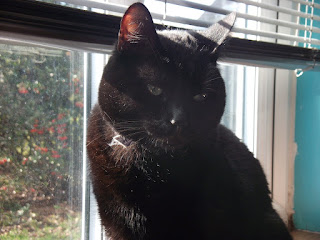 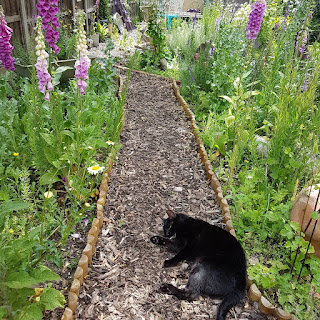