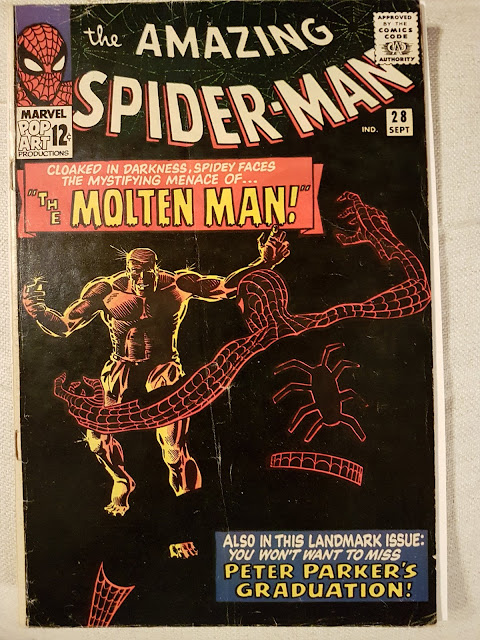 The major news events of this weekend may include the football World Cup, Wimbledon and London Pride but, for me, the most significant news was the sad passing of comic book legend Steve Ditko. There are countless excellent tributes to the great man on t'internet to which I can add very little, so I thought I'd post just a few Ditko images from my collection starting, of course, with his most famous co-creation, the Amazing Spider-Man. 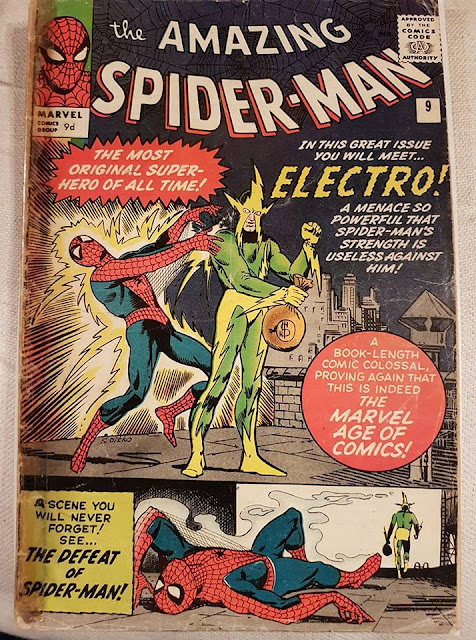 These two early Spidey covers are among my favourites, showcasing indelible images of our wall-crawling hero fighting some of his idiosyncratic Silver Age foes. Both of these comics are a bit wrecked ( which is how I could afford to buy them! ) but that just adds to their charm for me. I love the "Spidey in darkness" image of the first cover and the instantly-recognisable Ditko cityscape and vile villain of the second. ASM #9 is the oldest Spider-Man comic I own and is a treasured possession, taped-spine and all! 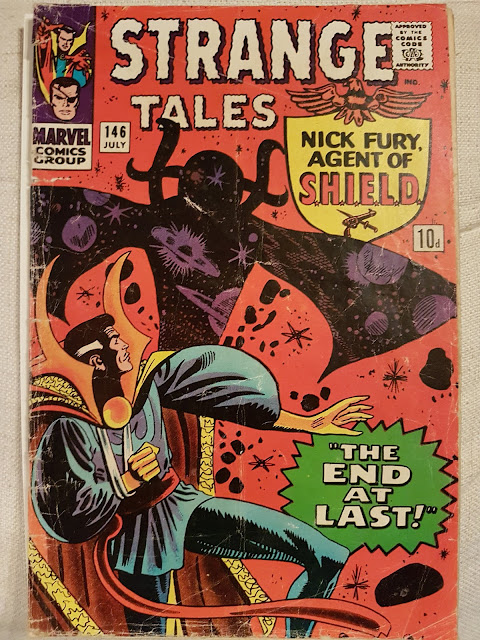 Of course, Sturdy Steve's other most famous character was Stephen Strange, Master of the Mystic Arts and this issue of Strange Tales was Ditko's swan-song on the title and also featured his only cover. And what a great cover! The mind-bending, psychedelic adventures of Doctor Strange in Ditko's surreal worlds often come across as a four-colour waking dream and this image of Doc encountering the enigmatic Eternity is a splendid example. 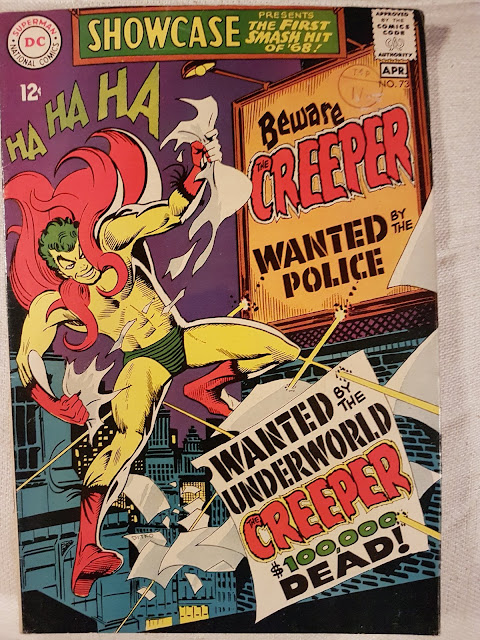 Of course, Ditko worked for many comics publishers throughout his career, creating supernatural stories and the mighty Captain Atom for Charlton, as well as various jobs for Warren, Atlas, Pacific and Eclipse. After jumping ship from Marvel in 1968 he dreamed up some outlandish characters for the usually staid and conservative DC Comics, including The Hawk & The Dove and the outrageous chap above, The Creeper. This weird-looking misfit never set the super hero scene on fire but was a fine example of Ditko's bizarre character designs. 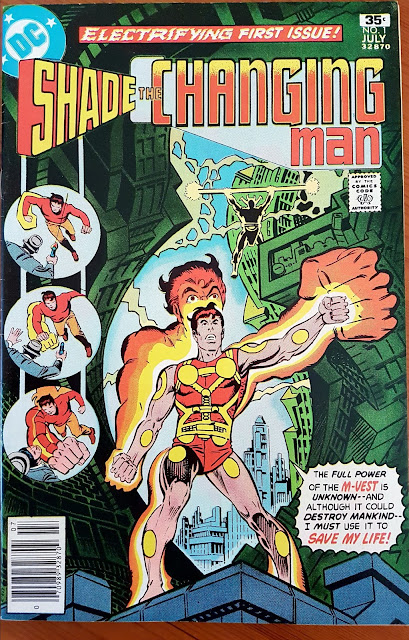 And, speaking of bizarre characters, during a later stint with DC in the 1970s he created the short-lived Shade The Changing Man series, packed full of his trademarked surrealism and dimension-hopping adventure. In many ways it was an attempt to recreate his 1960s weirdness which could only seem out-dated ( although the distorted architecture on the cover above seems to prefigure the likes of Inception... ) but it was fun while it lasted. And it gave us pages like the one below... 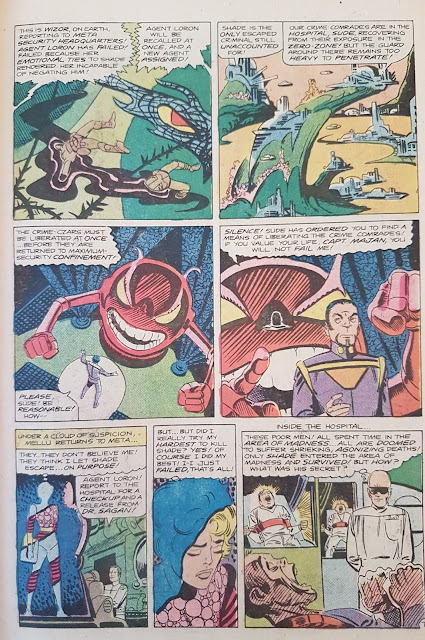 The fiercely independent and legendarily reclusive Ditko became an avid proponent of the objectivist philosophy of the likes of Ayn Rand and devoted decades to expounding these moralistic, black-or-white theories in self-published comics such as Mr. A. ( I've got a copy of that somewhere but haven't managed to dig it out. ) These almost hysterical Libertarian tracts were virtually unreadable but often the great man's sublime style shone through the tub-thumping... 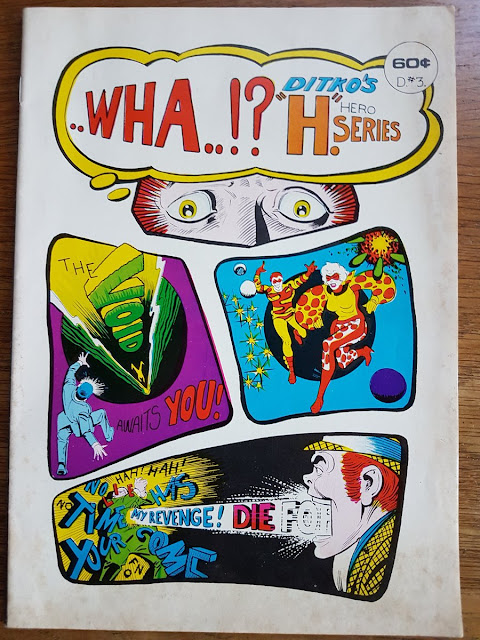 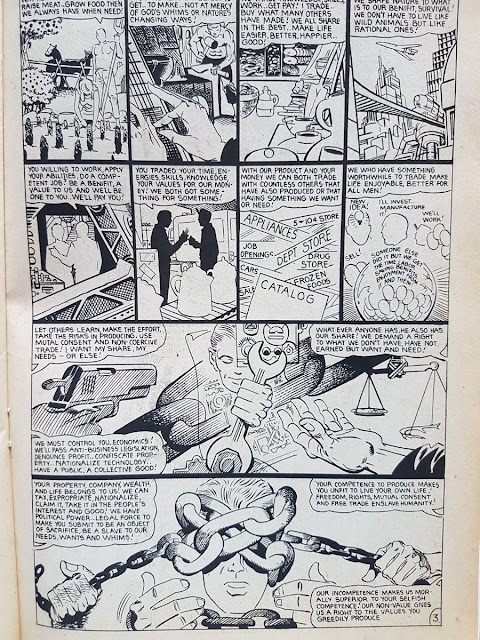 Steve Ditko was indeed a unique talent whose imagination made the world a better and weirder place. He will be sadly missed. 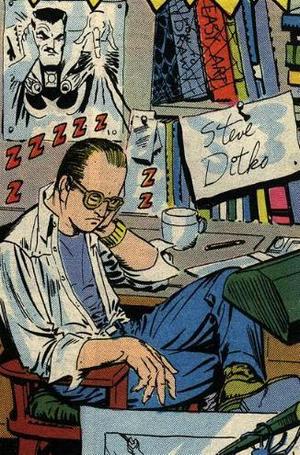 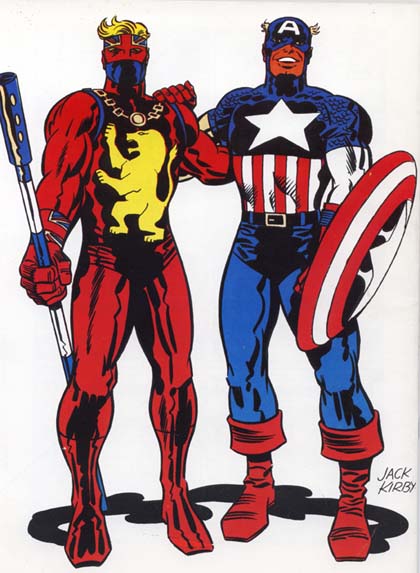 Whilst you're living through Trumpocalypse Now! it's always worth remembering that your great country has been better, can be better, will be better than this. Have a great 4th of July!

Love and best wishes for a brighter, saner, more tolerant future for us all,
,
Your friends across the Pond x 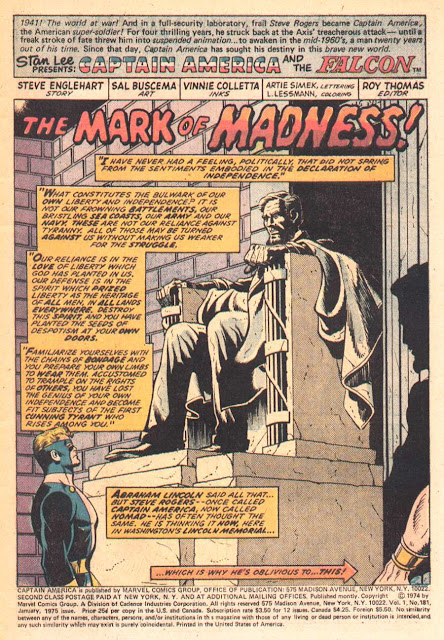 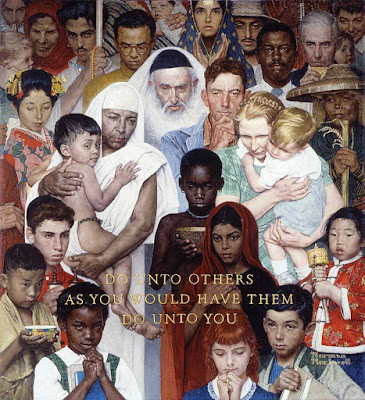 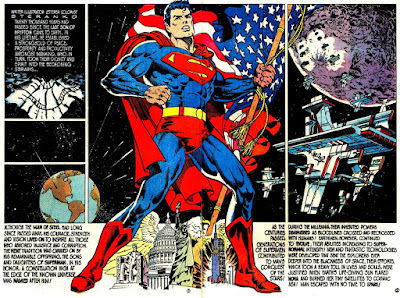