The new logo for the new era of Doctor Who has just been revealed and I have to say I kinda like it. I was never too keen on the most recent logo, even though it certainly improved when that daft Tardis "ident" was quietly dropped... 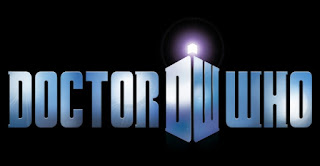 This newest version of the logo ( how many times can I type "logo" in one post? ) is simple and elegant and the colour scheme is strangely similar to the Eccleston / Tennant "taxi cab" iteration.

The 2018 take on the logo ( I really couldn't avoid typing that word again ) appropriately suggests time or space flight with that streak running through the letters, with the final "O" also looking like a side-on view of a ringed planet to me. Yeah, I really do like the whole style of this.

The new show still seems a long way off but maybe this snippet of information is the start of some long-awaited info on Series 11. The new production team are understandably keen to concentrate on making the show and not giving too much away too soon... but, being the sad Whovian that I am, I'll take what I can get. I suppose it could always be worse... 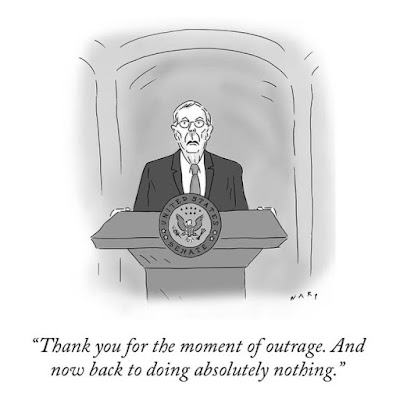 The day after Valentine's Day 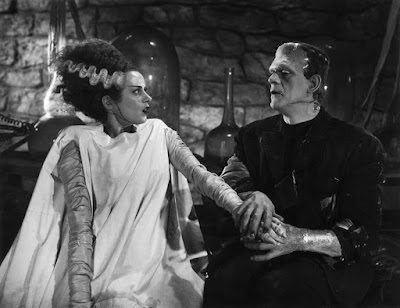 A long time ago in a year far, far away ( 2017 ) there were many movies. Some of those I wrote about, some I didn't. Then there was another year ( er, this one ) and there were more movies. In a desperate attempt to resume blogging a heroic band of resistance fighters ( well, me actually ) decided to dash down some irrelevant and probably unwanted thoughts about these movies. In reverse order.

Three Billboards Outside Ebbing, Missouri
Although not the kind of film I'd normally see at the cinema ( and certainly not at Cineworld! ) this was one my friend Tom wanted to see so I went along with him, and James tagged along too. And I'm glad we did! This story of a bereaved mother seeking justice for her murdered daughter could have been a grim slog through grief and despair but turned out to be hilariously, spit-your-popcorn-out funny, as well as dark and raw. Some amazing performances from Frances McDormand, Woody Harrelson and Sam Rockwell brought to life unforgettable, multi-layered characters, all morally conflicted and none of them wholly good or bad. Rockwell's character, a racist cop, was particularly repellent but somehow humanised ( but crucially not redeemed ) by the end of the story. I'd be amazed if a more compelling, surprising and emotionally visceral movie appeared this year. 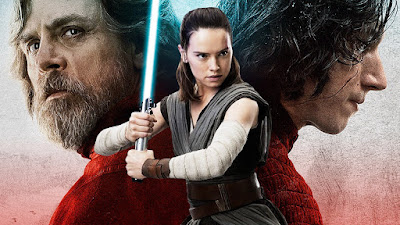 Star Wars: The Last Jedi
The Last Review. Yes, as ever I was the last person in the galaxy to see this movie, just sneaking into the cinema at the start of January while most people had already seen it and planned their Twitter backlash weeks before. I have to say I really enjoyed it. It was suitably exciting and epic with some interesting developments for the Rey / Kylo relationship, poignant scenes with the late Carrie Fisher, and a genuine feeling that the Star Wars story was now heading in a new direction with the demise of ( SPOILERS! ) Luke Skywalker. I won't even go into the ridiculous controversy over this character but just say that I personally thought it was a bold move to have some actual character development and progress in the saga. My only gripe would be some second-act padding which didn't really go anywhere, but the reliably stunning visuals and often warmly funny script made up for that. Hats off to director Rian Johnson for delivering a game-changing middle to the trilogy which, hopefully, JJ Abrams can conclude in style, excessive lens-flare and all.
Of course, the best part of the night was the post-movie chat in a nearby pub... Thor: Ragnarok
After the Thunder God's second movie was a bit of a damp squib, Marvel obviously decided to add a dash of Guardians-style colour and humour this time around. Falling just short of an out and out comedy, Thor: Ragnarok was a fast-paced, light-hearted adventure which was the perfect antidote to the teeth-bearing, muscle-straining, dark 'n' gritty seriousness of many other super hero movies. Chris Hemsworth and Tom Hiddleston clearly relished the chance to have a bit more fun with their roles, Mark Rufallo again demonstrated how he's one of the best actors in the MCU, and the awesome Cate Blanchett made an impact as Hela, Goddess of Death  -  easily one of the most convincing super villains since Loki first betrayed his hammer-wielding brother. It was also very satisfying to see some obviously Jack Kirby-inspired designs amongst all the colourful costumes and sets. 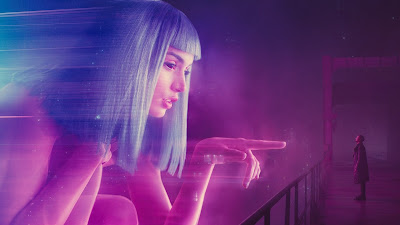 Blade Runner 2049
Without a doubt my favourite movie of 2017. Beautiful, poetic, intelligent and strangely moving, this decades-late sequel to a movie that really didn't need one is a masterpiece. I'd enjoyed a couple of director Denis Villeneuve's previous movies, Prisoners and Arrival, but they hadn't prepared me for this wonderful film. Like a fever dream of an '80s movie projected into the future, Blade Runner 2049 continues and extends all the themes of its predecessor while adding even more emotional content.
( Surely this is the only movie which can almost bring tears to your eyes over the destruction of what is basically a hard-drive. If you've watched it you'll know what I mean. ) Ryan Gosling again demonstrates why he's one of the best actors working today, giving a performance which manages to be both intense and subtle at the same time, and Harrison Ford is a delight as grizzled old Blade Runner Rick Deckard. Script, direction, acting, music  -  it all comes together here to form one of the best SF movies ever made, definitely a worthy follow-up to Ridley Scott's classic original. 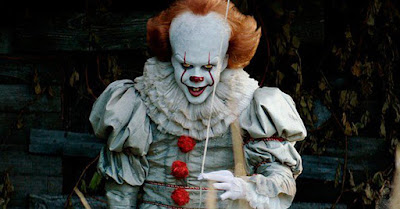 It
A very satisfying take on the first half of Stephen King's huuuuge novel. The kids are all very convincing ( even though some key character moments are missing  -  no "Hi-yo Silver"? ) and the updating of the story from the '50s to the '80s is well done. Bill Skarsgard's interpretation of Pennywise the Clown is suitably chilling and is a worthy successor to Tim Curry's more humorous, TV-friendly version. Although nothing short of a 12-part Netflix series would be able to come close to capturing all the detail and layers of the source material, director Andy Muschietti does a fine job of suggesting all the terrible events that have happened in the town of Derry over the centuries, while keeping the focus on the "Losers Club" and their lonely battle with "It". If the inevitable sequel / part two keeps up the quality this may well be the best King adaptation since... I don't know, Stand By Me? 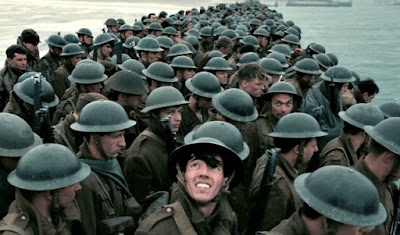 Dunkirk
Christopher Nolan's take on the "miracle of Dunkirk" was, for all its modern-day style and perspective, a surprisingly old-fashioned movie, in the vein of The Longest Day or A Bridge Too Far. Neatly breaking down into three separate timelines ( covering land, sea and air ) which all converged at the end, the film told the story of the desperate attempt to rescue nearly 400,000 trapped Allied soldiers from the beach at Dunkirk. Eschewing any Hollywood romanticism, Nolan plunged the audience into the heart of the action, his characters struggling to survive with barely any time for unnecessary back-story or wistful speeches about loved ones back home. The widescreen vistas looked amazing ( I should have seen it in Imax! ) and the "ticking clock" motif in the score kept everything tense and urgent. Fine performances from Kenneth Branagh, a quietly dignified Mark Rylance and even ex-One Direction star Harry Styles who was very promising, although Tom Hardy was mostly wasted as an RAF pilot barely glimpsed behind his oxygen-mask. My only issues with the film were that the German threat often seemed too far away as men seemed to sit on the beach in relative safety, and the whole thing often seemed too organised and bloodless... especially when compared to the absolute chaos of Joe Wright's epic, one tracking-shot view of Dunkirk from Atonement. The film was basically an updated version of the rainy Sunday afternoon war movie you'd watch with your dad. And that's not a bad thing.

And that's me caught up, apart from the re-release of Close Encounters Of The Third Kind. James and I went to see this at our local World Of Cine and, even though the film's publicity trumpeted a 4K resolution make-over, we knew we wouldn't get that in Gloucester. I had hoped for a relatively decent print but the grainy, scratchy version shown here wasn't even as good as my DVD copy. It's still a wonderful movie, of course, and great to see on the big screen again but I have to admit the ropey picture quality was a let-down. Keep watching the skies for a better screening...