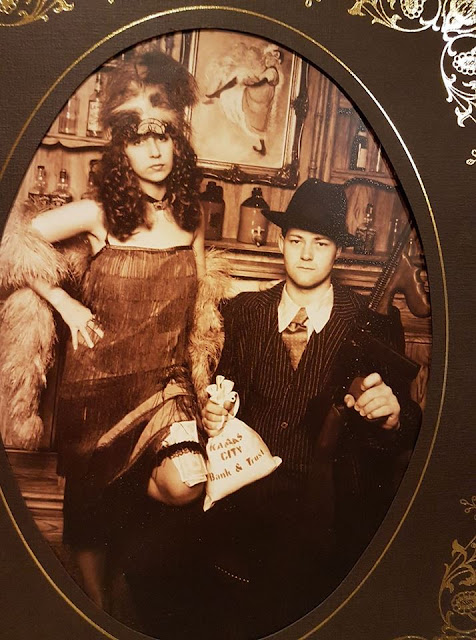 Me and Sarah back in our bank-robbing days. I'd just like to know what happened to all the money...
Posted by cerebus660 at 20:47 3 comments: 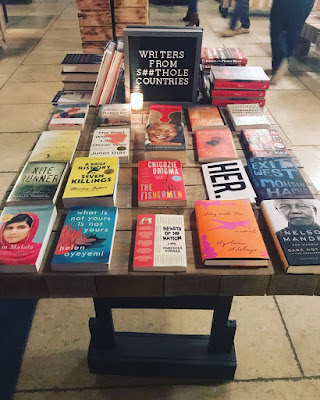 Wow! I wish I was from a shithole country too. Or maybe I am...? 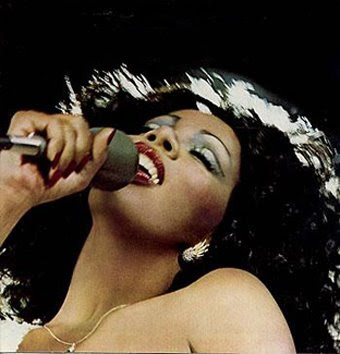 Firstly, Happy New Year, people of Starship Blog! I hope you've all had a peaceful seasonal break.
Okay, most people will actually write their "Best Of" lists during the year to which they apply but, you know, where's the fun in that? As ever I'm allowing the best bits of 2017 to spill over into 2018 to bring some joy to this potentially terrifying but also potentially amazing new 365-day trip around the sun. Last year was a great time for new music but not necessarily for "chart" music. I have to admit I paid less attention than ever in my life to Top 40 -type songs during 2017. One or two songs did occasionally grab me but most of the chart fodder just seemed too superficial and manufactured for my tastes. I know that's the nature of pop music and it can be a glorious thing when done well but I found myself digging deeper for the truly good stuff.
Starting with this:


New York's favourite indie-dance hipsters stormed back from their controversial "retirement" with the American Dream album, demonstrating they're still the absolute best at what they do. Cracking songs such as Call The Police, Tonite and Oh Baby were suffused with James Murphy's paradoxically world-weary optimism and the sound of a band almost telepathically in tune with each other. I'm almost genetically predisposed to love this band, with their debts to Bowie and Talking Heads all too obvious, but I can't resist it  -  one listen to those analogue synths in Oh Baby and I'm gone...

And, talking of comebacks, East Kilbride's finest the Jesus & Mary Chain also returned, older and hopefully wiser but still 100 per cent rock 'n' roll. Their age-old formula of Velvets meets Phil Spector meets Punk still holds up and many of their new songs are as good as anything they've done. It was an absolute joy to see them play live back in April, 25 years since I last saw them and, if anything, the new songs sounded even better live  -  Always Sad, Amputation and The Two Of Us being the stand outs.

St Vincent is an artist who's never been properly on my radar. I've been aware of Annie Clark for a while but never really checked out her music until now. It seems she's become a huge pop star without me even noticing  -  I really should pay more attention to things like that. Her recent songs are as much perfect pop songs as they are acerbic comments on modern celebrity "culture", and her videos are amazing! In an age when the music video is more or less redundant St Vincent has brought some artistry back to the form. It's like early Lady Gaga but with a PhD. Check out future electro-pop classics Los Ageless ( which you can do above ), New York and the scarily sexy Masseduction...

I can barely think of any new bands in recent years ( certainly not UK bands ) who can match Everything Everything for sheer quality in songwriting, performance and overall ambition. If anything, they occasionally overcompensate with the ambition and some of their music can be too much of an aural maze, but when all their stars align they are unstoppable. Night Of The Long Knives, Can't Do and Desire again demonstrate how this band can peer into the existential abyss of the 21st century and still pull out some pop gold...

My 2017 Award for Rock 'n' Roll Lunacy goes to The Moonlandingz. As well as being one of the most head-spinningly mental live acts I've seen for years they also somehow tamed some of their electro-psyche-pop outpourings and wrestled them into a recording studio. If you value your sanity, don't watch the following videos: Sweet Saturn Mine, Vesssels, or Black Hanz ( oops! )

Without a doubt my Song Of 2017 is Living In The City by Hurray For The Riff Raff. This is a pleasingly retro-sounding song with echoes of Lou Reed, Patti Smith and Jonathan Richman, and the feel of a sweltering summer's night in a big city. The formidable Alynda Segarra is apparently known for a more acoustic sound but is here branching out in a rockier direction and it sounds great. I still haven't bought her latest album, The Navigator, but songs like the title track, Hungry Ghost and Pa'lante seem like such a perfect blend of the personal and the political that I think I'm going to have to get it soon.

Honourary mentions:
Weaver by Richard Dawson
When The God Of Love Returns There'll be Hell To Pay by Father John Misty
Kept It All To Myself by The Weather Station
If The Storms Never Came by Joan Shelley ( Tom Wiggins  -  check this one out! )
https://www.youtube.com/watch?v=4x8esUNpa5A