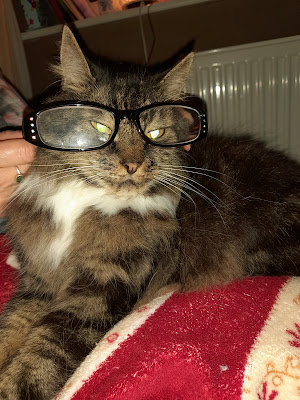 That moment when you start to write a Mother's Day card to your wife from the cat then realise you weren't wearing glasses when you bought it and it says "Nana" on the front and you wonder if you can blame the cat...
Posted by cerebus660 at 02:35 No comments: 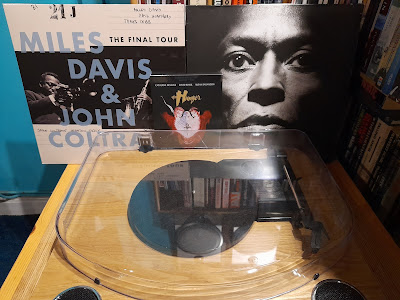 It's been a few years since I owned a functioning record-player so I was really happy when Sarah bought me a new deck for my birthday last December. At long last I could start filling up the house again with more old vinyl! ( We're constantly battling for space with all our books, DVDs, comics, assorted junk etc etc so I'm not sure she really thought that through. But bless 'er anyway. ) But first, I had some Christmas money burning a sizeable hole in my pocket ( ouch! ) so I hit my local HMV and picked up a couple of Miles Davis albums, the first "new" vinyl I'd bought in literally decades.
Jazz is a relatively new passion of mine, something I've never really listened to throughout my life except for the Swing-era Glenn Miller stuff that my Dad, Pete, always loved. I always felt I was missing out but didn't know where to start, especially when the concept of jazz always conjured up thoughts of a bunch of musicians all playing different tunes at the same time  -  Sarah recently heard jazz described as "a fire in a pet shop" and now can't stop using that phrase. Funnily enough, it was the jazzy sounds of Bowie's final album, Blackstar, that made me think I ought to give this difficult music a try. I figured Miles Davis was a good place to start as he's one of the legends of the genre and I thought Bitches Brew would be the best choice to begin with as it was a kind-of-rock-jazz-hybrid. Ho ho. I bought it and found it completely unlistenable ( at first ) so had to rethink. 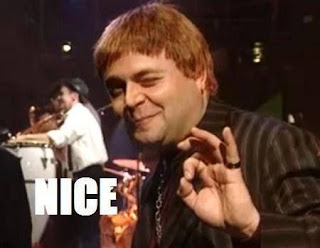 After a while I had another go at this jazz thing and bought Miles' Sketches Of Spain which I instantly fell in love with. This album felt more like a movie soundtrack to me and its arid, sun-baked soundscapes became my way in to jazz. I bought more stuff by Miles and then began to investigate John Coltrane, Thelonius Monk, Dave Brubeck etc etc. I also branched out into Herbie Hancock's jazz-funk, starting with the monumental Headhunters, and discovered another new passion. I still often struggle with jazz and found I've had to virtually train my brain to process it after a lifetime of listening to rock music in all its permutations. But I'm getting there. The pet shop is still burning but now I can appreciate the noise. I can even listen to Bitches Brew... 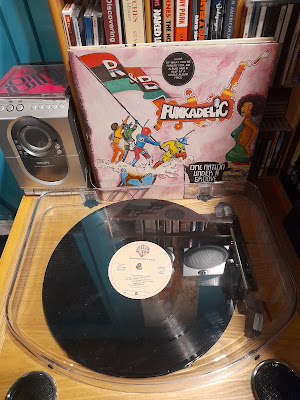 But, of course, it's not just about the jazz around these parts. Another album I picked up recently ( from Gloucester's excellent Vinyl Vital Signs ) was Funkadelic's iconic One Nation Under A Groove. 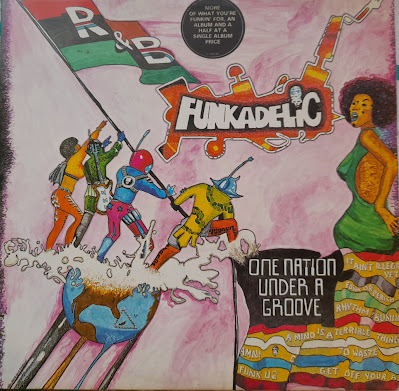 A strange album this, more of a rock album than I'd expected with some very, er, far-out extended jams and a curiously scatological turn to the lyrics. Probably not going to be a favourite but the title track is of course a classic and the sleeve artwork is just bonkers... 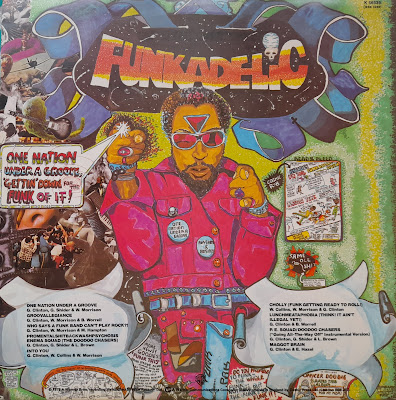 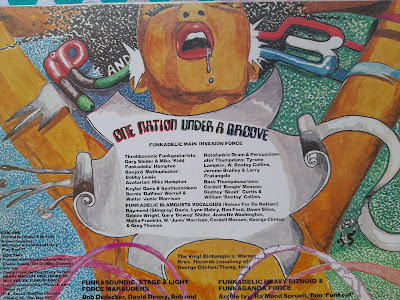 And, talking of bonkers sleeve artwork, my vinyl collection has recently taken a turn for the weird... 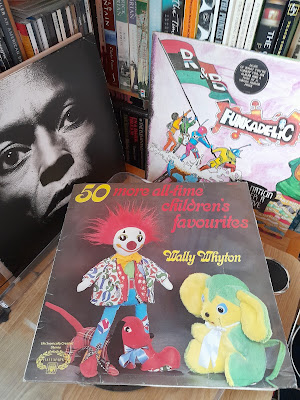