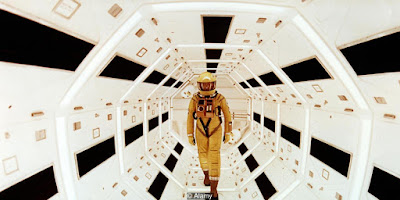 Last night James and I went to a rare screening of Stanley Kubrick's 1968 science fiction masterpiece, 2001: A Space Odyssey. This 50th anniversary re-release featured a lovely, if not quite perfect, print of the film and was presented as originally intended, with overture and intermission included. ( It's certainly the first movie I've seen since the 1970s with an intermission! )

I first saw 2001 on its 10th anniversary re-release back in 1978 with my dad, Pete, and my mate Adrian, so it was quite a strange experience to see it again forty years later with my own son. I'll always remember Pete turning to the 11-year old me during the intermission and more or less saying "So, what's actually happening in this film?" Luckily ( or maybe not, in a spoiler-y sense ) I'd already read the Marvel Treasury Edition adaptation by Jack Kirby so I had a head start... 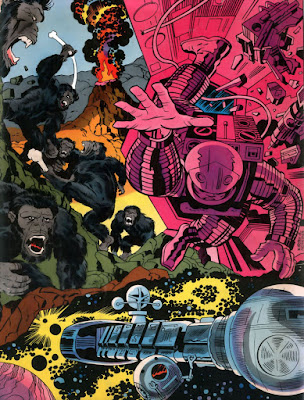 It was great to see 2001 on a big screen again. Both James and I are very familiar with the movie but seeing it like this just brought home all the amazing attention to detail that Kubrick worked into the story, and the ground-breaking special effects still stand up in this age of photo-realistic CGI. The famous "star gate" sequence still looks stunning, with its psychedelic evocation of multiple realities rushing past, and really should be seen on the big screen as the film-makers intended.

There have been many pretenders over the years ( Chris Nolan's Interstellar springs to mind ) but 2001: A Space Odyssey is still The Ultimate Trip... 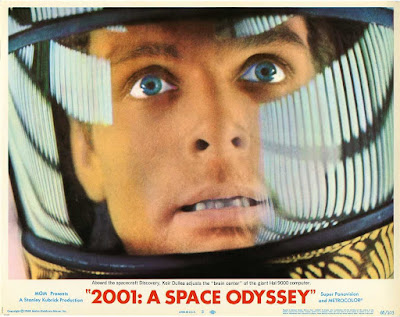