According to SFX magazine, the award-winning fantasy author Neil Gaiman is to write an episode of the second season of Matt Smith's Doctor Who. 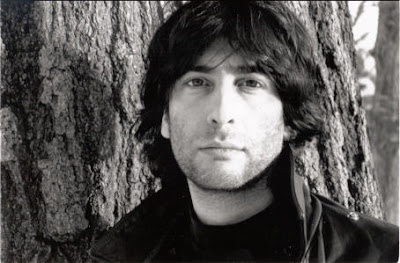 This has been rumoured for quite some time but now seems official. It should be interesting to see what the creator of The Sandman, Coraline, Neverwhere, Mirrormask and many more has in store for the 11th Doctor. It's already been mentioned in an interview with Matt Smith and Karen Gillan ( in last month's Doctor Who Magazine ) that the upcoming series has a Tim Burton feel to it, so this new announcement would indicate a further shift towards the fantasy end of the spectrum. Or is that too obvious? Maybe Gaiman has a hard SF, cyberpunk author inside his none-more-Goth exterior, trying to break out. But I doubt it. 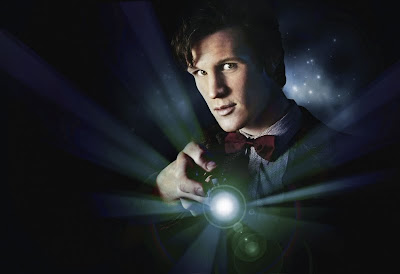 Gaiman teases us in his announcement that his story will air early in the next season, and was originally called "The House Of Nothing" but "definitely isn't called that any more."
And that's about all that's known at the moment. For now, all we can do is dream.....
Posted by cerebus660 at 01:18

oooh. you know, that might make me watch a dr who episode.

every time i see a picture of neil gaiman i'm reminded that he is a really very attractive man. very unusual for a fantasy author.

He's got his own look, hasn't he? A definite change from the usual T-shirt/beard/glasses outfit of many a genre writer :-)

BTW Saranga, why wait until next year's Doctor Who to give it a go? The new series begins in the Spring and looks fresh and exciting to these jaded old eyes. What they call in comic books "a perfect jumping-on point."

ahh many reasons why I don;t watch it!
1) Billie left.
2) David Tennants bloody eyebrows
3) The new guy looks like an absolute prick, and I don't trust drama students from UEA - I went to UEA, don't know the guy, but most drama students were pillocks.
4) No tv licence and i keep forgetting to use the i player. but i think you need a licence to use that now. maybe.