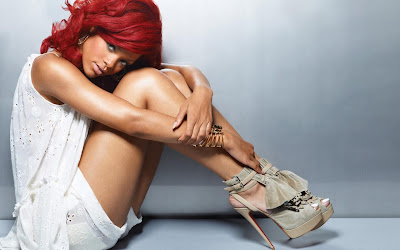 It's way more than fashionably late, I know, but here are my favourite songs from the year some of us called "Twenty-ten", some of us called "Two-thousand-and-ten", and none of us called "Two Zero One Zero".
Female singers kicked all kinds of arse yet again this year, led by the phenomenal Rihanna with:
Love The Way You Lie / Te Amo / Only Girl ( In The World ) / Who's That Chick?
see also:
All The Lovers by Kylie Minogue
Mama Do / Gravity by Pixie Lott
Starry Eyed / Your Song by Ellie Goulding
Raise Your Glass by P!nk
Acapella by Kelis
Telephone by Lady Gaga ( see below for amazing headwear! ) and Beyonce 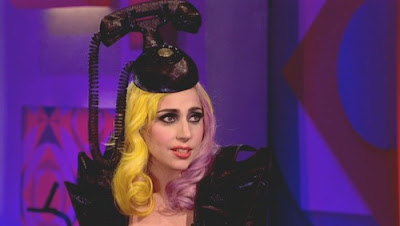 I mean, which male artists ( outside of Hip Hop ) can compete with these chart-conquering goddesses? Justin Beiber? Enrique Iglesias? Excuse me while I laugh/throw up..... 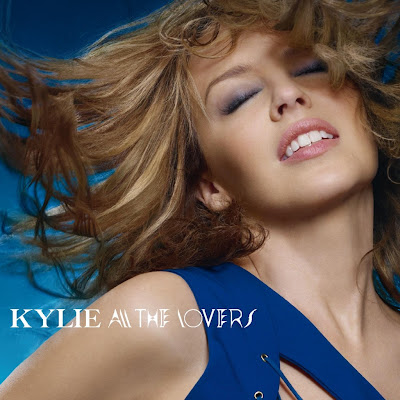 Well, OK, there were only two male artists that came anywhere near the top of my list in 2010:
The awesome Cee Lo Green with the ubiquitous Forget You
and another artist adopting/adapting the trappings of sweet Soul music:
Plan B ( or his jailbird alter-ego, Strickland Banks, in his nice suit as seen below ) with his Soul/Hip Hop collisions
She Said / Stay Too Long / Love Goes Down
And it was a great year for UK Hip Hop/grime/urban/whatever the hell it's called this week:
Pass Out / Miami To Ibiza by Tinie Tempah ( a good rapper but not so hot on spelling... )
I Need You Tonight / Just Be Good To Green by Professor Green
You've Got The Dirtee Love by Florence and Dizee Rascal
Dirty Disco by Dizee again
Until You Were Gone by Chipmunk and Esmee Denters
Runaway by Devlin and Yasmin 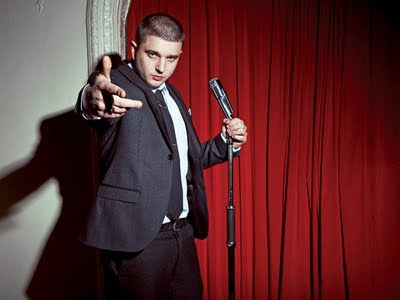 As with 2009, not a great year for Rock, but the stand-out British band for me was Biffy Clyro with their album, Only Revolutions, featuring colossal tunes, huge riffs and very strange lyrics. Best songs:
Bubbles / Mountains / Many Of Horror ( and bollocks to Matt "X Factor puppet" Cardle! ) 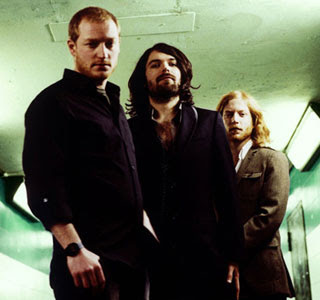 And from across the Pond came:
American Slang by The Gaslight Anthem
Drunk Girls by LCD Soundsystem
Na Na Na / Bulletproof Heart by My Chemical Romance
Ready To Start by The Arcade Fire
For those quieter moments:
Islands by The xx
Ivy & Gold by Bombay Bicycle Club
Devil's Spoke by Laura Marling
The Cave / Roll Away Your Stone by Mumford & Sons
As ever, there's probably loads I've left out, due to encroaching senility. Expect updates after I've woken up in the middle of the night shouting "Twat! You forgot about....."
Posted by cerebus660 at 23:09

I was going to include Telephone in my list, but I thought it was released in 2009, rightly or wrongly. American Slang would have made it too, only the LP wasn't on Spotify when I compiled the list.

"Telephone" may have been released in 2009 - I'm not sure, either - but it certainly had enough airplay/exposure in 2010! I know I'm gonna look at your Spotify playlist now and find loads of songs I forgot :-)

Oh, I totally didn't expect this kind of music taste from you :) I loved Ellie Goulding's song this year. Can't stand Rihanna :) she, Kati Perry and Kesha just scream too much :)
I loved the video of TELEPHONE more than I liked the song, but I adored BAD ROMANCE and ALEJANDRO.
I'm having my top 30 of 2010 this Sunday as a part of the music blogfest, so drop by to check it out then :)

As for not expecting me to like that kind of music, I might give the impression on this 'ere blog of only being into loud, punky stuff, but I've always had quite a wide range of interest in music. Life's too boring otherwise:-)

he he ... love that philosophy ;) and people who have open minds in music and in life.