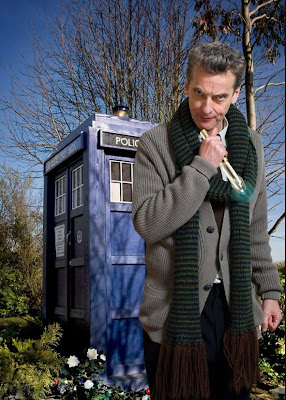 Tonight the BBC will be announcing The Name Of The Doctor...

Sorry, that's already been done. What I mean is, they'll be announcing the name of the actor who will be picking up the sonic screwdriver of the Twelfth Doctor. There's been much feverish speculation about this actor's identity recently with all sorts of names being thrown around. The media ( bless 'em! ) seem to have finally outgrown their ridiculous suggestions of recent years: the likes of Eddie Izzard, Alan Davies and Joanna Lumley are not being mentioned any more. Instead the newspapers, TV news, and internet sites like Doctor Who News and Kasterborous are now touting credible names like Anthony Head, Rory Kinnear, Chiwetel Ejiofor, Andrew Scott and Eddie Redmayne. All fine actors who would, I'm sure, be perfect as the latest Tardis incumbent. Apparently, Ejiofor was under consideration the last time around and I think he would be an amazing choice. But my gut feeling is the demographic-chasing, cost-cutting BBC will likely cast someone young, photogenic and less experienced... therefore cheaper. On the other hand...

....a recent, surprising,  front-runner ( getting good odds from William Hill in the last few days if that means anything ) is the hugely experienced and accomplished Peter Capaldi. This possibility is probably on a par with the Daily Mail's assertion that Bill Nighy definitely had the Ninth Doctor role in the bag... the day before Christopher Eccleston was announced as #9. But I would love it to be true as I'm a big fan of the man...

Here's Capaldi as the monstrous Malcolm Tucker from the Beeb's The Thick Of It with another potential Twelfth, Rory Kinnear.Coincidentally, we had a mini Capaldi-fest the other night when we watched him reprising the Tucker role in the fantastic In The Loop and then spun back in time to see him play the ghostly Rory in the '90s TV version of Iain Banks' The Crow Road . Two contrasting roles, two excellent performances. 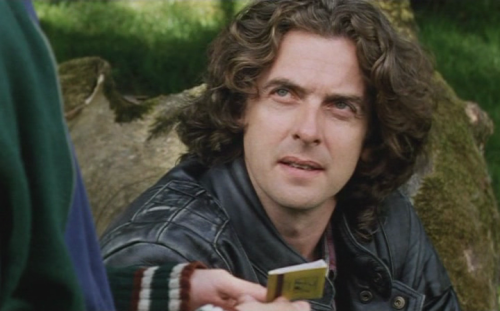 As I said, although I would love to see Peter Capaldi take on the role of Doc 12, I can't see it happening. Come on, BBC... prove me wrong...

BTW there's a lovely post about a personal reaction to regenerating Doctors over at Mike Jackson's ever-wonderful Skylarking... check it out...

Benedict Cumberbatch would make a great Who, 'though it's unlikely as he's committed to (and too asociated with) Sherlock at the moment.

Well you were certainly closer with your prediction than I was. I counted Capaldi out as soon as they mentioned his name.

Wasn't he in Lair of the White Worm opposite Hugh Grant?

Dunno, MDJ - never seen it. Hopefully, Capaldi will bring a bit of Hartnell's sharpness back to the role.

Thanks for commenting, guys. I'd actually forgotten Peter Capaldi was in Lair Of The White Worm. But I certainly remember Amanda Donohoe... :-)