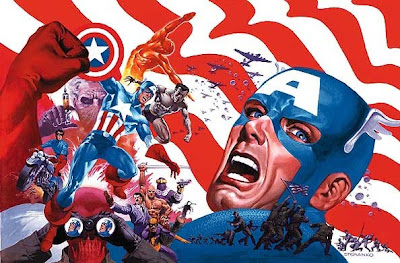 Casting rumours for Joe Johnston's upcoming movie The First Avenger: Captain America ( hey, snappy title! ) have been all over t'internet recently. The smart money at the moment is on former Human Torch, Chris Evans ( not the ginger DJ ) to play Cap. I can't say I'm too impressed by this choice, but..... let's just wait and see. For the time being, here are some of Steranko's dynamic images of the star-spangled Avenger: a couple of interior pages and 3 covers from his short run on the comic back in 1969 and the beautiful wrap-around cover from the Tales Of Suspense issue of George Olshevsky's Marvel Comics Index. 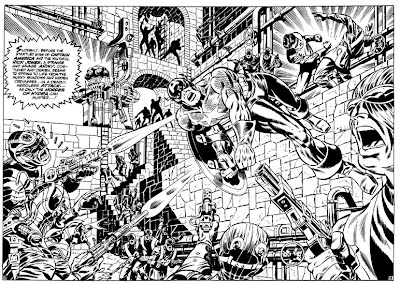 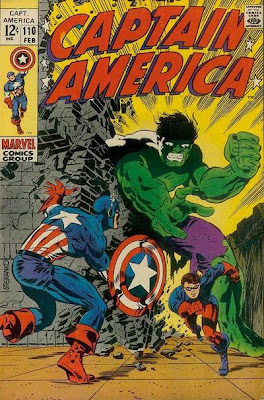 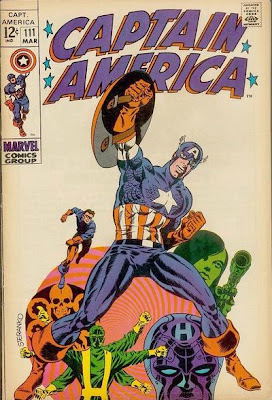 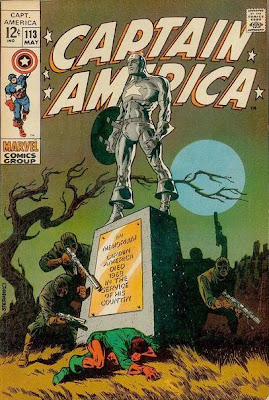 And for those who've been following the "death and rebirth of Captain America" storyline in recent issues of his comic, Steranko's cover to issue 113 proves, yet again, that there's nothing new under the sun.....
Posted by cerebus660 at 23:35

As always, you find the coolest stuff. That B/W piece is stunning. I'm gonna tweet the link to this post.

Lovely stuff(Steranko that is; not the movie guff!)

That cover to Cap no. 111 is one of my all-time fave pieces of comics art. Just beautiful.