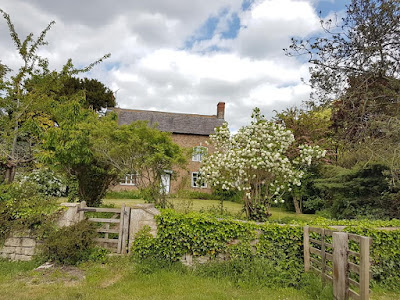 As we're now allowed to go ( slightly ) further for our self-isolating walks, this weekend we took a stroll past my old home in the depths of the Gloucestershire countryside. Well, I say "stroll" but we went out for a 4-hour walk and picnic and somehow ended up there. It was the first time I'd seen the house and farm up close in over 20 years so it was quite strange to see the changes to the place but also lovely to remind myself of what a wonderful home I grew up in. 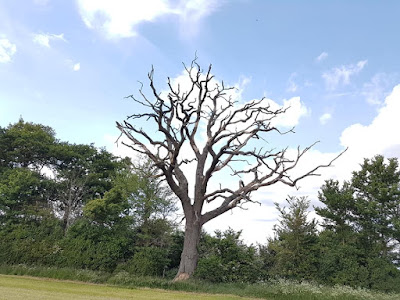 We parked up in the village of Nupend then walked across a couple of fields, through the delightfully named Mole Grove ( a small wood, carpeted in wild garlic, where we saw a couple of deer ) then had our picnic under a couple of oak trees in a recently-mowed meadow. The impressive dead tree above looked like some clawed hand reaching for the sky. 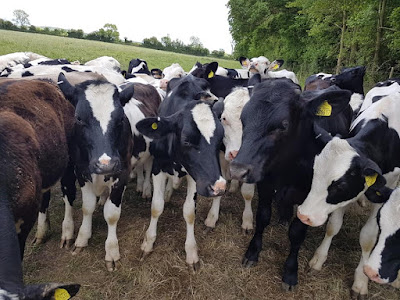 We walked further down the gentle slope and into my former stomping grounds in the village of Moreton Valence where we met these lovely characters. They were very curious to see people walking along the footpath and came bounding across to meet us. 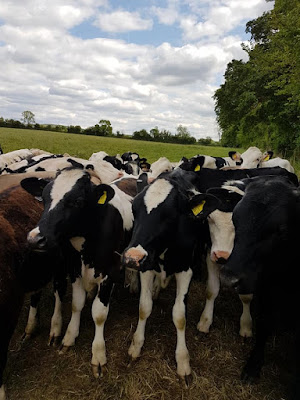 From there we walked along the bridle path into Manor Farm. Unsurprisingly I found that quite a lot had changed in the last couple of decades: some old farm buildings had been demolished, newer ones had been built, and trees which had been planted to screen off the nearby M5 motorway had grown immensely from the saplings I remembered, making a lovely avenue at one point, as seen below: 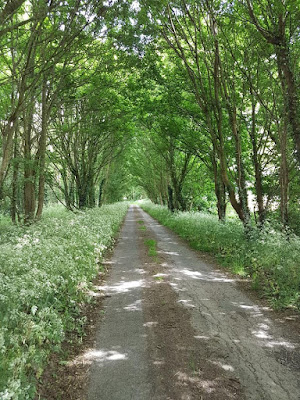 We walked past my old home and took a couple of cheeky photos whilst I bored the kids with tales of my childhood. Actually, they were both very interested. Sophie had been taken to the farm as a very young girl but didn't remember it while James had never seen it up close. 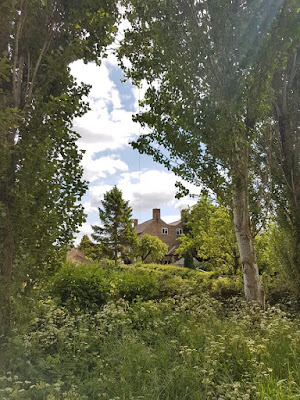 On our way back to the hill we passed through a small wood, a former coppice which has been left to grow, and which we always just called ( with startling originality ) "the coppice". Sarah was determined to find the grave of my old labrador, Buxton ( aka Buck aka "Where's that bloody dog gone this time?" ) who passed away back in 1993 and was buried in the wood. We'd never properly maintained this and it had become overgrown but Sarah found and uncovered it. It was sad to think that the old dog had been gone for so long but it also provoked warm memories of days gone by and the fun we used to have. 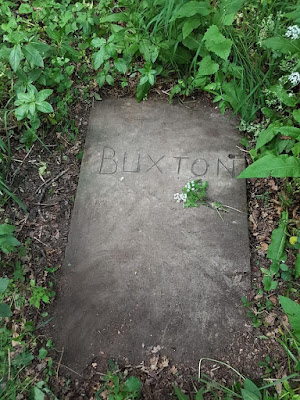 Here are me and Buxton back in the day, a boy and his dog: 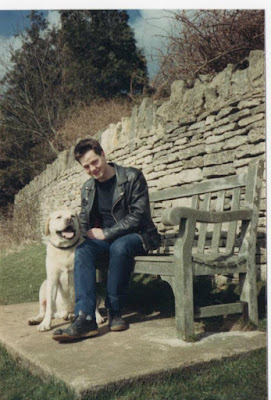 So, a lovely day with the family but with some mixed emotions, magnified by the strange times we're living through at the moment. It was great to see my old home again and remember the 23 years I spent there growing up on a working farm with loving parents.
Posted by cerebus660 at 00:08

I never knew you were a country boy! I've lived out in the country for three years now and I love it! Who carved Buxton's ledger stone?

Yep, still a country boy at heart. As I said in my post, I lived at Manor Farm for 23 years before Sarah and I bought our first house. It was a wonderful place to grow up, if a bit isolated, and I'm so lucky to have had that experience.
I can't believe the subject never came up before :-)

My dad, Pete, carved the stone and I think he did a pretty good job considering he had zero experience :-)

Hope you are well, mate, and thanks for the comment. Hope to see you soon when all this craziness is over.