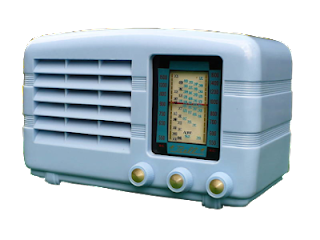 Day 23 ( the last week! )
A song you think everybody should listen to A classic, caustic dissection of the UK by Punk's most underrated songwriter, TV Smith, which still unfortunately resonates today:
"The great British mistake was looking for a way out / Was getting complacent / Not noticing the pulse was racing / The mistake was fighting the change / Was staying the same / We couldn't adapt so we couldn't survive / Something had to give / The people took a downhill slide / Into the gloom into the dark recesses of their minds"

Day 24
A song by a band you wish were still together Although I could have gone with an obvious, "classic" band ( Led Zep, REM etc ), instead here's one of my fave bands of recent years - The Sunshine Underground
Typically for me I discovered this band not long before they announced their split and, to make things worse, they were one of the few bands that Sarah and I both liked. Hopefully they'll get back together at some point  -  most groups seem to do this eventually, as the recent reunions for LCD Soundsystem and My Chemical Romance demonstrate. ( Okay, Covid-19 has delayed the much-anticipated MCR reunion but it's still apparently on the cards for next year if the world ever gets back to "normal" )

Day 25
A song you like by an artist no longer living I was a big fan of Whitney's and it's just tragic that her life ended so prematurely. This is a wonderful remix of an old song that was a posthumous hit last year. Hard to believe this song was originally only a B-side as Whitney's vocals are amazing on this Steve Winwood cover.

Day 26
A song that makes you want to fall in love Perfect Skin by Lloyd Cole & The Commotions "She's got cheekbones like geometry and eyes like sin"
Who wouldn't want to fall in love with someone lik that? Oh, and she's "sexually enlightened by Cosmopolitan"? Can't have it all, I suppose...


Day 27
A song that breaks your heart Reminds me of a girl called Jo Day I had a major crush on at school. We kinda, nearly, almost went out but stayed "friends" and then she left for another school and I never saw her again...

Day 28
A song by an artist whose voice you love One of my fave modern artists, Annie Clark / St Vincent has a deceptively powerful voice, tough and tender at the same time, and is a true inheritor of the art-pop style of Bowie etc. Never quite figured out why she hasn't become a bigger star.


Day 29
A song you remember from your childhood Of course, there had to be an Abba song in here, and what a belter it is, a Glam stomp with the trademark Abba hooks and harmonies. My my!


Well, that was a lot of fun! I had talked about doing a film challenge next but, after discussions with my fellow Twitterers ( that's a word, okay? ), we've now decided to do a 30-Day Comic Challenge where we talk about our favourite super heroes, swamp monsters and slices of life from paper pamphlets of years gone by. Should be interesting...
Hopefully after all that I'll get back to the film challenge. ( Sorry Paul McScotty! )
Posted by cerebus660 at 13:48

Another selection of great tunes Simon some I’m not that aware off some LIKE Perfect Skin I love. Will be checking the others out soon . I’m a big comic fan so happy with the change. As always hope your all keeping well.


Day 23:Asong you think everyone should listen to
Marvin Gaye – What’s going on
A great song by a phenomenal performer from one of the best albums of all time (by the same name) –The lyrics from 1971 are disturbingly as relevant today as they were then. Will we ever move on from discrimination I wonder.


Day 24: As song by a band you wish were still together
The Jam - Going Underground

Just too many great bands to choose from Led Zepplin to Talking Heads and many more in between and so many are sadly now dead or most are dead (Spiders, Doors, the Beatles, Secret Affair etc) It was a tough one but I’ve plumped for the Jam one of the best UK/English (like te Kinks they are very English) bands of all time. And what a great song, still sounds fresh today 100mph rock and kool as sweary words.


Day 25: A song by an artist no longer living
Associates ; Party fears two
Billy MacKenzie really was the Associates so choosing this song on that basis as Billy is no longer with us. A great quirky song with a spark of genius to it.?

Day 26: A song that makes you want to fall in Love
Jim Croce – Time in a bottle

Although it’s not related to any girlfriend from my misty past this for me is such a great love song that sums life and love up nicely in a 3min tune. A great artists taken from us too soon.
https://www.youtube.com/watch?v=dO1rMeYnOmM


Day 27: As song that break your heart
David Bowie – Lazarus
Amazing song charting someone’s life and death, in this case the singers own as a matter of days after its release Bowie passed away – sad in so many ways but the way he dealt with his death was quite inspiring really.

“Look up here, I'm in heaven
I've got scars that can't be seen
I've got drama, can't be stolen
Everybody knows me now..”


DAY 28: a song by an artist whose voice you love
AL Green - Tired of being alone
Another difficult one as there are so many great voices as you say Whitney was stunning. I would add Robert Plant, Bowie, Jagger, Sinatra, Freddy Mercury, Etta James, Marvin Gaye, Cat Stevens and of course George Michael – But Al Greens voice for me is so soulful
https://www.youtube.com/watch?v=Tdw7kxD8eUc

Day 29: A song you remember from childhood
Edison Lighthouse – Love Grows
Every time I hear this song I’m back at my Primary school days in my mind’s eye – Always thought this was from about 1968 but its 1970. Great tune though.
https://www.youtube.com/watch?v=y1EpaboCERg


Day 30: A song that reminds you of yourself
Lou REED: The Gift
SAYS IT ALL LOL – Absolutely no idea how to answer this one to be honest/
https://www.youtube.com/watch?v=4YuABhlRLmM

Oh man, I was mad for The Supernaturals back in the day, but when I junked all my CDs (to go digital and save safe) they somehow slipped through the cracks and disappeared from my playlists. I now aim to correct that. Thank You!

@ Paul
You've knocked it out of the park with this comment! So many classics. Couldn't agree more with Marvin, Associates, Bowie and The Jam ( even though I know they'll never reform. ) I didn't think I knew that Jim Croce song but then I Googled it and OF COURSE I knew it, thanks for reminding me. I hope you can join in on the comics challenge, should be fun.

@Tim
Thanks for the comment! Yes, The Supernaturals were such a fun band - I saw them many times back in the day and always had a great time. They've now reformed ( of course ) and I reviewed a gig of theirs ( supporting Sleeper last year ) here:

Again, thanks Paul and Tim for commenting and please stay safe.