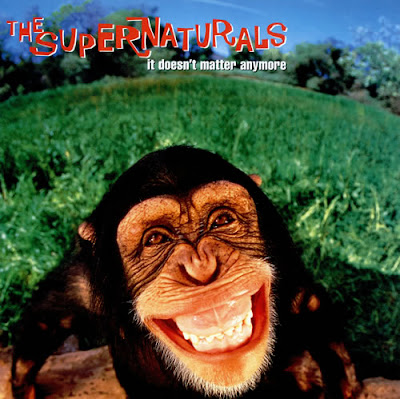 You know those "almost" bands? The ones who almost make it but miss out on that all-important big break? Glasgow's The Supernaturals are a prime example. They came along as the Britpop scene was just past its peak, and they were buried by the mass of bandwagon-jumpers and no-talents who clogged up the charts at the time, all hoping for a piece of that Oasis/Blur/Pulp action. Which is a shame because, even though they might not have proved it by record sales, they were a cracking live band.

They seemed to be constantly touring during their short existence and I saw them a number of times with my mate Glenn: at Gloucester Guildhall ( a couple of times ), Cheltenham Night Owl and The Fleece in Bristol - there might have been others I can't remember ( over to you Glenn...) - all great gigs. If I have to choose one I'll go for the Night Owl gig, coincidentally the site of my Official Worst Gig Of All Time as well. 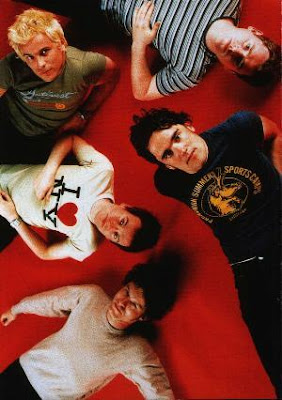 The venue was a packed, pokey little hole and the band were on top form, with much onstage banter between singer James and keyboard abuser Ken, and some major audience participation. In other words we jumped up and down, bellowed out the songs, laughed at James's stories and helped him take the piss out of Ken. The 'Naturals ( as we insisted on shouting out at them ) played a set bursting with melodic, anthemic indie with a definite '60s flavour. And what great songs: Please Be Gentle With Me, Lazy Lover, The Day Before Yesterday's Man, Smile - the latter being their most well-known tune, from countless TV adverts. They weren't the remotest bit edgy or innovative or self-consciously cool, but they were something just as important: FUN! A Supernaturals gig put a grin on your face from start to finish and you would have to be clinically dead from the neck down not to get up and dance/pogo/whatever. 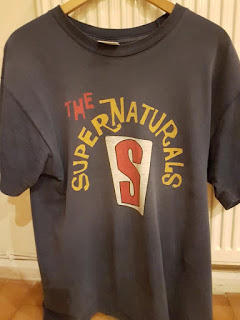 Soundtrack: It Doesn't Matter Any More by The Supernaturals
Posted by cerebus660 at 23:18

Absolutely top live band, some of the most entertaining gigs I've ever been to. Didn't quite live up to expectations on vinyl (blimey, showing my age) but some damn fine tunes. Speaking of The Night Owl we're playing there on 1st May with Noise Agents if you fancy it mate. Hope alls well.

I bought a second-hand copy (£3!) of their first album at the weekend - strangely enough I've never actually owned any of their stuff before. Like you said their records never lived up to their brilliant live performances. Some bands are like that, Symposium being another example, remember them?