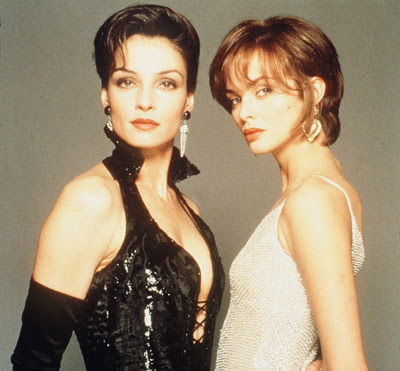 I watched GoldenEye ( 1995 ) recently for the first time in ages and thought it stood up fairly well as an attempt to update the Bond franchise. All the requisite globe-trotting, glamour and action scenes were in place ( including a spectacular tank chase through the streets of Moscow ) and Pierce Brosnan did a surprisingly good job as a smooth-but-tough Bond, especially when aided by such top character actors as Judi Dench, Robbie Coltrane and Michael Kitchen. However, the almost post-modern jibes at Bond's "sexist Cold War dinosaur" persona were jarring - Brosnan would have been a schoolboy at the height of the Red Scare! Interestingly, Bond's embittered former colleague, Sean Bean's 006, looks with hindsight like a precursor to Daniel Craig's rugged, craggy-faced Bond of the last two movies.
Also caught in the crosshairs of the GoldenEye are two memorable Bond Babes. Firstly, Izabella Scorupco as computer programmer Natalya, an innocent witness to a massacre who gets swept along with Bond's mission to retrieve a stolen space weapon.
Ms. Scorupco gives a fine performance of a woman struggling to deal with her world turning to hell in seconds and having to dodge bullets with England's greatest secret agent. And, to be perfectly honest, when the film's pace sagged now and then, I was just happy to gawp like a lovestruck adolescent at her beauty... 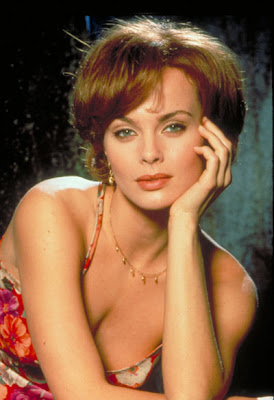 On the other hand, we have the wonderful Fammke Janssen playing the ridiculously-named femme fatale, Xenia Onatopp. Only in a Bond movie!! Ms. Janssen clearly relishes the role of the crazed Bad Girl, whose speciality is squeezing the life out of her enemies between her muscly thighs. But what a way to go... 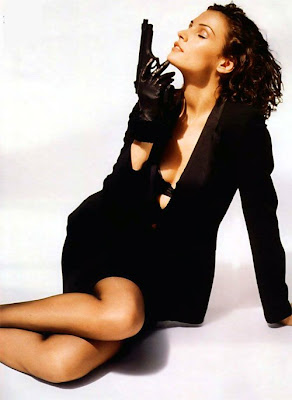 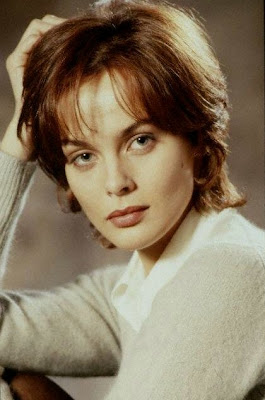 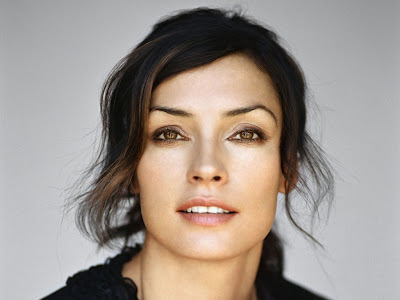