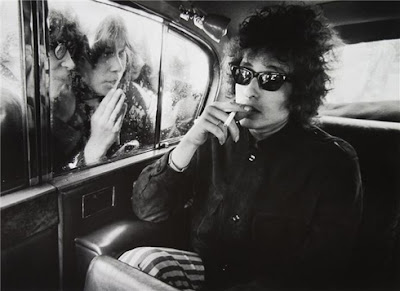 It's the mighty Bob Dylan's 70th (!) birthday today, unbelievable as that may seem. 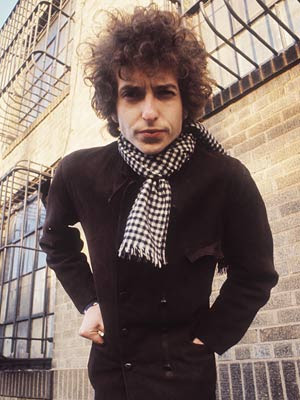 Here he is in his Blonde On Blonde period, possibly auditioning for the role of the Fourth Doctor a few years too early..... 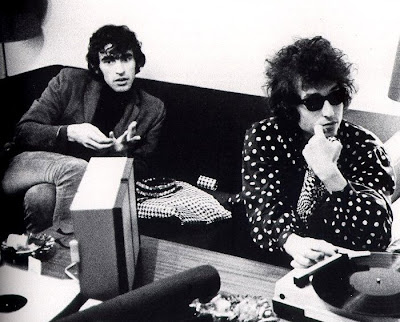 And hanging out with The Band's late, great Richard Manuel..... 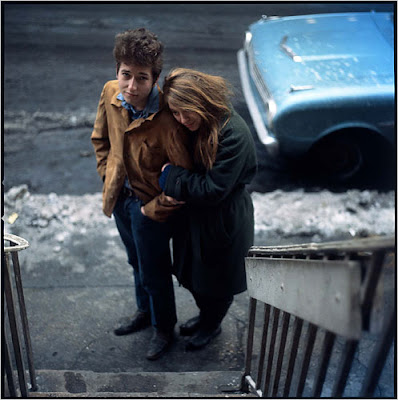 And fresh from the Freewheelin' Bob Dylan photo session with the sadly also departed Suze Rotolo.....
As you can see from the choice of photos, "my" Bob Dylan is the big hair/Beatles boots/just gone electric Dylan, not the earnest folk-singer Dylan*, or the inexplicably-Christian Dylan, or.....
well, anyway, Happy Birthday to His Bobness! Long may he reign!
*Although he does put in an appearance in the fourth photo, only looking slightly earnest :-)
Soundtrack: Visions Of Johanna by you-know-who
Posted by cerebus660 at 21:55

Email ThisBlogThis!Share to TwitterShare to FacebookShare to Pinterest
Labels: music

The spot where that cover photo was taken is just a few blocks from where I live. I walk past it fairly often, and it always gave me a slight tug of wistfulness and sentimentality…a feeling which has only increased since Suze Rotolo passed away. American cities might not have the centuries of history that British places do, but in some parts of Greenwich Village you can look around and think "wow, giants really did walk down these streets once…"

It's such an iconic image, isn't it? What do you think of the Tom Cruise/Penelope Cruz homage in Vanilla Sky? Clever or sacrilege?

Oh, and I would quite happily swap some British history for a walk around Greenwich Village...

I haven't seen that film. But Cameron Crowe is generally pretty clever about his musical references, even if Tom Cruise is involved...

You're welcome to the free walking tour if you ever get over here!