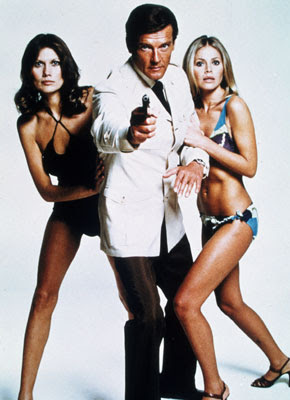 I watched The Man With The Golden Gun yesterday for the first time in years.
Not one of the better Bond movies: too much lazy humour and cheesiness ( especially from Roger Moore, of course ). The film's saving graces for me were the legendary Christopher Lee, as suave and sophisticated as ever, playing extra-nippled master assassin Scaramanga, and also the following two gorgeous actresses: 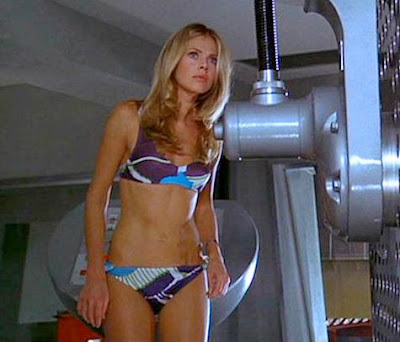 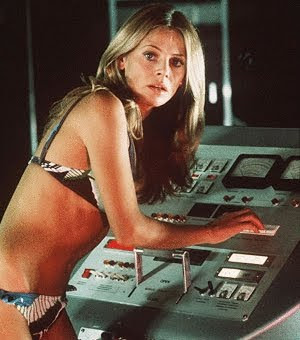 "I like a girl in a bikini - no concealed weapons", Scaramanga 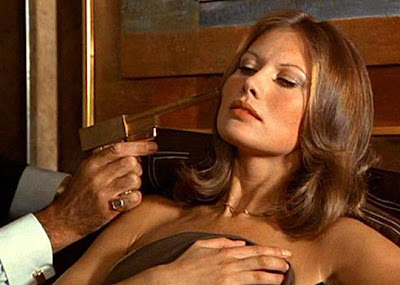 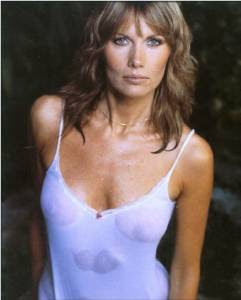 Is that a ridiculously obvious phallic symbol in your hand or are you just pleased to see me? 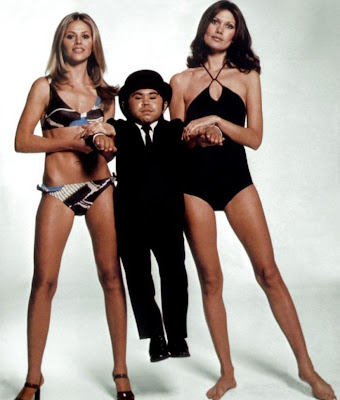 Ms. Ekland and Ms. Adams with Herv Villechaize as Nick Nack. Say no more.
Soundtrack: Lovely Head by Goldfrapp
Lust For Life by Iggy Pop
Posted by cerebus660 at 23:43