Working On A Dream 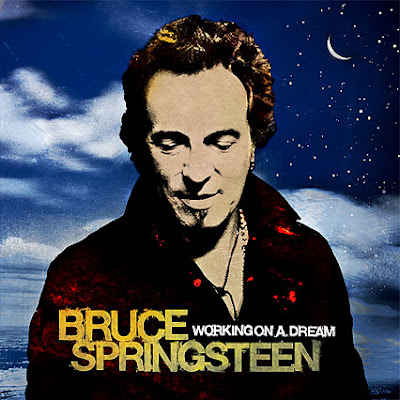 Just had my first proper listen to Springsteen's new album, Working On A Dream, released today. On the whole a very optimistic and warm collection of songs, not the overtly political statement that some may have expected after Bruce's support of Obama. Mostly tales of the human heart and all its frailties, taking in supermarkets, fairgrounds and cowboys along the way. Musical nods to The Beatles, The Byrds, The Beach Boys and, er, Bruce himself. The weakest song - Surprise, Surprise ( not about Cilla Black we hope ) - is followed by the best - The Last Carnival - Bruce's tribute to his late friend and keyboard player, Danny Federici, featuring Phantom Dan's son on accordion. A lovely, low-key elegy to the first E-Streeter to be lost:
Sundown, sundown
The carnival train's leavin' town
Where are you now my darlin' Billy?
We won't be dancing together on the high wire
Facing the lions with you at my side any more
We won't be breathin' the smoke and the fire
On the midway.
( Soundtrack: What do you think? )
Posted by cerebus660 at 23:46