Doctor Who Meets The Bionic Woman 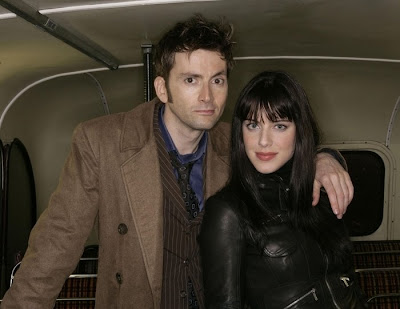 After much speculation it's now been confirmed that Michelle Ryan ( in black leather! ) will co-star with David Tennant in Planet Of The Dead. Lee Evans has also been confirmed, but am I going to post a pic of him? Er, no.
Russell The T says: "Michelle is one of the most sought after young  actors in the country and we are delighted to announce that she will be joining the team."
She will apparently be playing a character called Lady Christina De Souza ( she's gone up in the world since Eastenders! ) with a "mysterious past" who's going to have "a huge impact on the Doctor."
Roll on Easter!
Soundtrack: rain beating down outside. Lovely.
Posted by cerebus660 at 06:19