Happy 70th Birthday to The Boss! 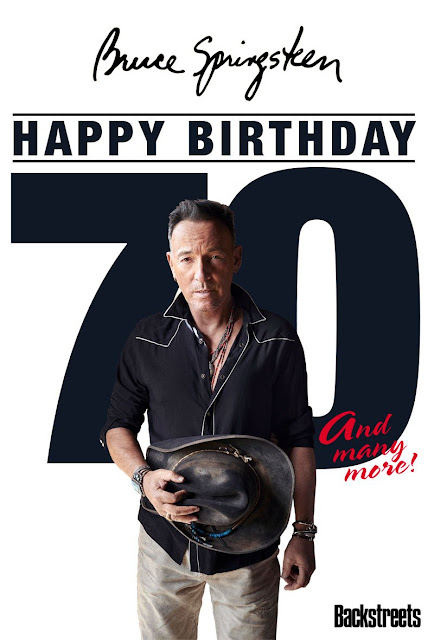 Hard to believe, I know, but the legendary Bruce Springsteen is 70 today. I just thought I'd pay a quick tribute to the hardest working man in rock 'n' roll and one of my all-time favourite musicians. 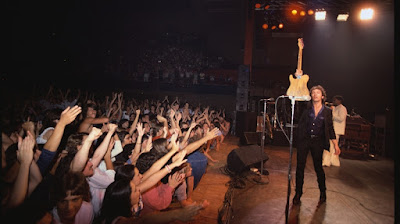 I've written before about Springsteen and what his music means to me but I'd just like to thank Bruce ( like he'd ever see this... ) for the years of pleasure his work has given me. From the stadium rock of Glory Days and Dancing In The Dark, to the introspection of The River and My Hometown, to the bar-band rumble of Rosalita ( Come Out Tonight ), the experimentation of Streets Of Philadelphia or the sheer "we-gotta-get-out-of-this-place" romanticism of Thunder Road, Springsteen's songs have been a touchstone for me  -  tales of love, life, anger and hope, sometimes reaching for the stars, sometimes digging down into melancholy, but always heartfelt and real.
And, unlike many of his contemporaries, Bruce doesn't just trade in nostalgia for the glory days, he's also phenomenally productive. Since the E Street Band's Reunion Tour in 1999 ( 20 years since my first Bruce gig at the NEC! ) he's performed literally hundreds of gigs, released 10 albums with or without the E Streeters, written his autobiography and performed 236 sold-out solo shows on Broadway in 2017 / 2018. Phew!
( Cowboy ) hats off to Bruce! 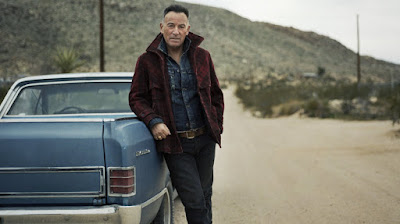 Hope you're having a great birthday, Boss! Keep on rockin'!

"Talk about a dream, try to make it real"

One of the very best ever. Despite being a fan from the late 70s i only managed to see him in Glasgow a few years ago for the first time and was stunned how good he (and the band) were.

There are rumours Bruce may be touring with the E Street Band next year so you could get to see him again, Paul. Fingers crossed.