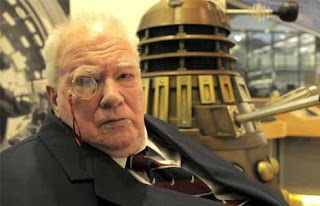 Sadly, we've lost yet another candidate for Greatest Living Englishman, Sir Patrick Moore, who died today aged 89. An eccentric, curmudgeonly and outspoken figure, Patrick Moore probably did more than any other public figure in this country to promote interest in space exploration and astronomy, presenting the BBC TV show The Sky At Night for over 50 record-breaking years. 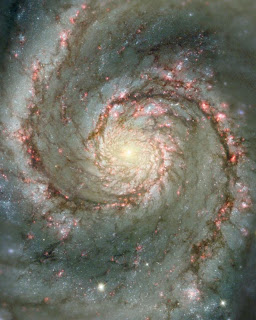 In a long and successful career Moore also wrote over 100 non-fiction books on astronomy and science, as well as some juvenile SF novels in the 1950s and 1970s, with titles like Captives Of The Moon and Planet Of Fear. 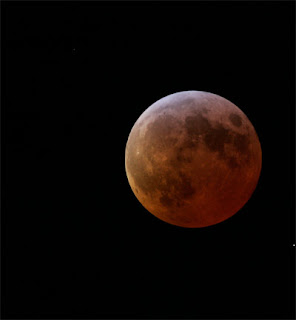 Here's a quote from bird's-nest-haired Queen guitarist Brian May which sums up the great man:

Queen guitarist Brian May, who published a book on astronomy written with Moore, described him as a "dear friend, and a kind of father figure to me". He said: "Patrick was the last of a lost generation, a true gentleman, the most generous in nature that I ever knew, and an inspiration to thousands in his personal life, and to millions through his 50 years of unique broadcasting. It's no exaggeration to say that Patrick, in his tireless and ebullient communication of the magic of astronomy, inspired every British astronomer, amateur and professional, for half a century. There will never be another Patrick Moore. But we were lucky enough to get one." 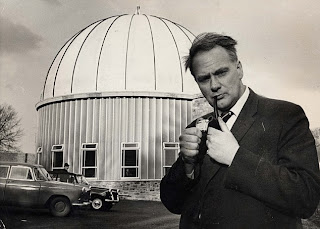 Yeah, shame, innit? I was channel-hopping on Monday and saw that The Sky At Night was on, but it was two women (I think) whittering on about something, so I kept going. Caught a glimpse of him when I was going back through the channels shortly after 'though. Another character from childhood gone.

Whenever I've caught The Sky At Night in recent years they've had guest presenters on ( normally with zero presenting skills ) to help out. Obviously it was getting too much for a man who was still keen to work but was way past his prime. In fact, I watched the programme only a couple of nights before Patrick passed away and he clearly looked very feeble and had trouble speaking clearly. As you say, it's a shame but he left an indelible impression on generations of viewers.