Things I haven't blogged about recently 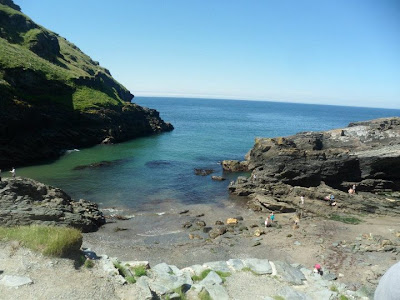 We've been down in our beloved Cornwall for the last week so I haven't been able to do any blogging.
( I know, I know... what's my excuse the rest of the time? ) Above is a picture Sophie took of the beach at beautiful, legend-shrouded Tintagel... a wonderful place that I've wanted to visit for years. There will be plenty more pics of glorious Cornwall to come.
Also on my mind at the moment: 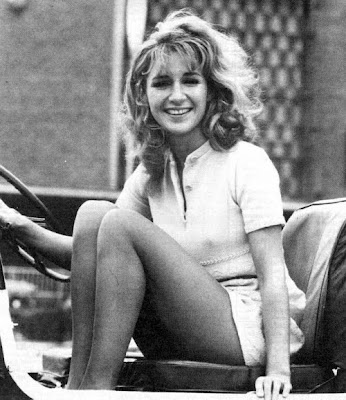 On a sadder note, two former Doctor Who actresses have passed away recently: Caroline John and Mary Tamm. Although their characters were both relatively unsung companions ( possibly because they both only appeared in one season each ), they were however fine actresses who rose above the often limiting material they had to work with back in the day. There are plenty more tributes on t'internet in the usual places but I will just say that both of these ladies feature in two of my fave Who stories ( the tense, apocalyptic Inferno and the witty, summery Androids Of Tara ) and they will be greatly missed. 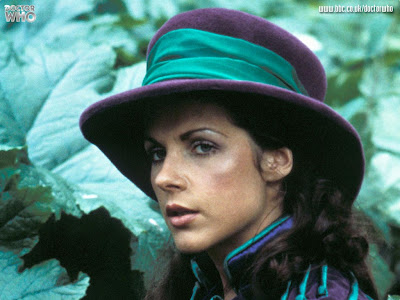 Sport isn't a subject that crops up very often at TGWS ( if at all ) but very occasionally an event comes along ( like the recent Federer/Murray match at Wimbledon ) that grabs my attention. Like this understated little happening taking place in that there London town: 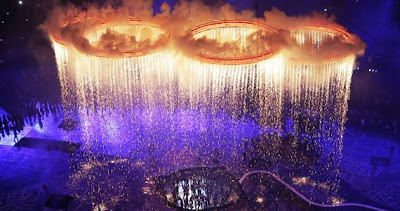 Of course yesterday was the Opening Ceremony of the 2012 London Olympics, which turned out to be spectacular and slightly bizarre... in a very British kind of way. Danny Boyle's celebration of our idiosyncratic Brit culture took in Beatles, Blake and Bond, with a celebration of UK life from maypole-dancing rural idylls, through dark Satanic mills of the Industrial Revolution, through the ever-accelerating changes of the twentieth century, to the Information Age of today. Loads of great music complemented the spectacle: Pink Floyd, The Sex Pistols (!), Blur, Led Zeppelin, The Specials, The Who, The Jam, Muse, Dizzee Rascal etc. with Sir Paul Of McCartney finishing the show with The End ( of course ) and Hey Jude.
Now, after all the pomp and circumstance it's the turn of the athletes to do their thing...
( Cue gratuitous photo of Jessica Ennis... ) 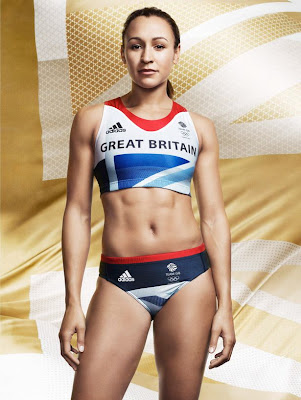 I been to Tintagel! I was young at the time and don't remember much of it. I was saddened by the passing of Caroline John and Mary Tamm.

I was very impressed with the opening ceremonies of the Olympics. Other than the TARDIS dematerialization effect during Bohemian Rhapsody, it was noticeably lacking in Doctor Who references, though.

TBH Mike, I hadn't even noticed that Tardis sound effect until it was pointed out to me today. I had meant to mention in my post about the lack of any Who mentions... but forgot. It is surprising, considering how popular a character the Doctor is nowadays. ( And it's still really strange to be saying that, even after the past 7 years of Nu-Who... )

The nods to British childrens' literature were nice ( Peter Pan, Mary Poppins etc. )but I would have liked the event to have cast its net wider in terms of heroes and gone back to King Arthur, Robin Hood, Ivanhoe etc. The old, mythic heroes should never be cast aside, as far as I'm concerned...

There was supposed to be a Dr Who tribute but it was one of the things that had to be cut out when it became clear the show would otherwise overrun by half an hour.

I didn't realise that. Bit of a shame,really, but something will always get cut in these sort of live events.

I rewatched Inferno in remembrance of the wonderful Caroline John and was struck by how much the entire cast spends shouting their lines because of that infernal noise from the drill. And Petra flouncing in and out of the scenes just makes me laugh. The alternate Brigadier is just plain hot, even if he's a right bastard.

I don't know which Mary Tamm serial is my favorite - I like them all!!

Beautiful shot of Tintagel, by the way. :)

A few months ago I bought the Mary Tamm-starring Key To Time DVD box-set but have only managed to watch The Ribos Operation so far. ( James, of course, devoured the whole season in one weekend. )I'm especially looking forward to The Stones Of Blood, which I haven't seen since it was on TV back in 1978...