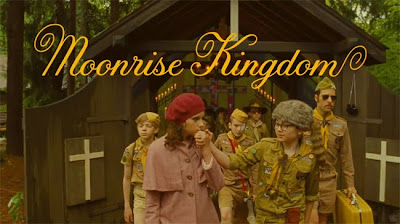 We've seen a diverse selection of films at the good ol' Gloucester Guildhall in the last week or so, starting with Wes Anderson's latest, Moonrise Kingdom. 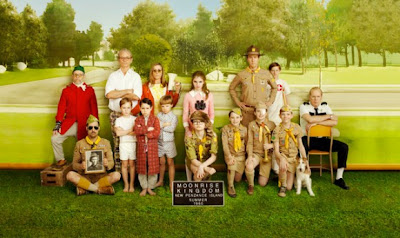 I was so impressed that I saw it twice, once with Sarah and once as part of the Guildhall Film Club. It's a quirky, magical little movie with some wonderfully understated performances, a wryly funny script and Anderson's gorgeous visuals. ( The eagle-eyed among you may have spotted a frame from the film as this 'ere blog's header. ) If you want to know more about this lovely, lovestruck film ( and I'm sure you do ) I reviewed it for the Guildhall's blog here, under my "real world" name... 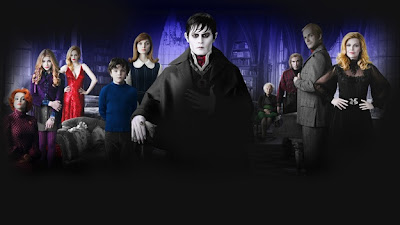 Next up was Tim 'n' Johnny's latest love-in, the revival of campy '60s Gothic soap opera, Dark Shadows. A suitably over-the-top and knowingly corny romp, the film tells the story of Barnabas Collins ( Depp ), an 18th century fishing magnate (!) cursed by a witch to become a vampire and then buried alive ( undead? ), only to be revived in 1972 to carry on his feud. As is the case with most Tim Burton films, Dark Shadows has a few cool moments, some wonderfully gloomy art direction and a number of funny lines... but it just doesn't hang together or make a lot of sense. Characters are introduced then disappear for whole stretches of the film, plotlines dangle, forgotten, and actors of the calibre of Chloe Grace Moretz and Michelle Pfeiffer are left with very little to do. However, Depp is reliably weird and funny, the '70s ambiance is good fun, and Eva Green is suitably slinky and seductive... as the following picture shows. ( Yep, I'm being as superficial as ever. ) 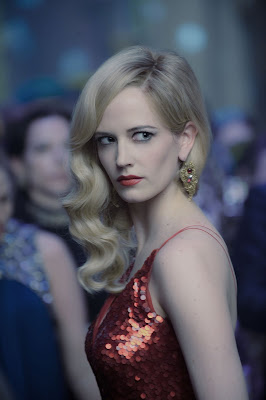 In total contrast...
Last night I saw Woody Allen: A Documentary, a comprehensive look at the great man's life, from his childhood in Brooklyn, through his gag-writer / stand-up days, and all through his career as a film-maker, right up to Midnight In Paris.

As an authorised, official documentary there's nothing too controversial or critical here ( although the film-makers are unafraid to mention Woody's notorious divorce from Mia Farrow and the failure of some of his more recent movies ) but it's a treat to see clips from Woody's early appearances on American TV ( "prostituting" himself as he puts it ) and outtakes from Sleeper which will probably never see the light of DVD. 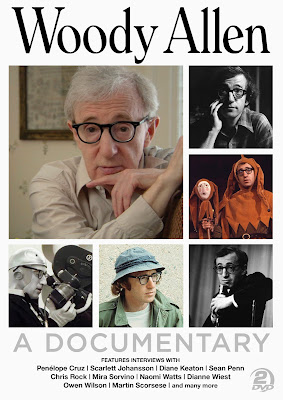 So, a pretty good run of movies in our favourite venue. I'm guessing that my next movie experience may be bigger and more, er, spidery...

Soundtrack: Given To The Wild by The Maccabees
Posted by cerebus660 at 21:22