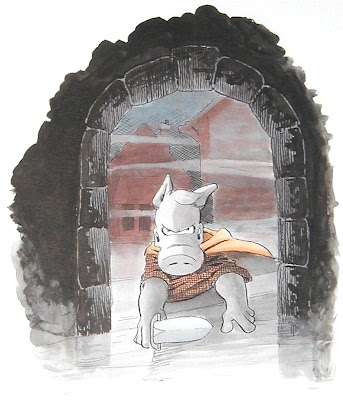 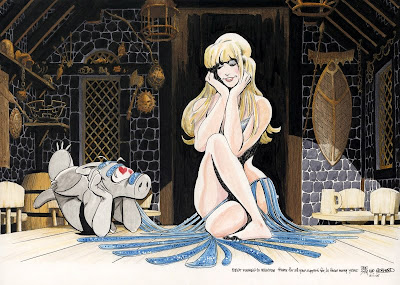 I know I missed our second anniversary but I promise to try harder next year. I might even buy you a card :-)
So, what's been going down in Groove Town?
Well, for starters we're still in the process of clearing my Mum's house and tidying up her affairs. And it's a long and sad process. We thought we had a buyer for the place a couple of weeks ago but it fell through. Hey ho, back to the ol' drawing board. There's also a lot going on with the kids: James has recently started a new school which has been going very well, apart from one little hiccup; and Sophie has been going through various teenage/boyfriend/school dramas which can be quite draining, but she did recently have a great school trip to beautiful Barcelona, which did her a world of good. Apart from that it's just the old work/home/sleep/work routine as ever.
But there are a couple of things to look forward to on the horizon. We're going away at Christmas for the first time ever - three days in a hotel in Devon, so that should be good; a change of scenery and a chance to recharge batteries. And on a less chilled-out note, I've just bought my ticket to see crusty old Punk institution, the UK Subs, at Gloucester's rock 'n' roll mecca, The Guildhall. Should be fun! Review to follow, hopefully.
Anyway, cheers for listening, Blogger. It's not often I peer out from behind my mask of pop culture ramblings, but I'm glad I did. Hope it wasn't too whingey and, hey, thanks for stopping by! You stay classy, San Diego. ( Bloody Hell, I'm turning into Ron Burgundy! By Odin's Beard! )
Posted by cerebus660 at 01:06

This doesn't strike me as whingey but courteous acknowledgement of your regulars...and as anyone will have noticed, I'm a great believer in the "blog only when you feel like it, and take scads of time off in between to recharge" approach. When you're enthused about what you're saying it comes across to the reader. By the same token, when someone is just going through the motions, the result is a drag and I can't imagine why anyone would bother. So don't sweat it either way!

yeah, I agree with Richard. no point in turning your blog into a chore, mate.

and I've see the UkSubs, not that long ago. they're a blast. gotta admit, I did feel a bit old, though. . .

Ooh christmas in Devon would be lovely!

When I'm rich and old I'm gonna retire to Devon. I love it so much.

Don't fret about not posting - as the others said, blogging should be fun, not a chore.

Thanx for the comments, guys!

@Richard: That's good advice! Hopefully I'll never just go through the motions here - I'll rely on you guys to kick my arse if I do!

@Joe: Cheers, mate! The Subs gig should be a laugh. I first saw them only 3 or 4 years ago, and they were much better live than I'd expected.
BTW if you felt old, how do you think Charlie Harper feels? :-)

@Saranga: We're looking forward to the Christmas break in Barnstaple. Obviously this Christmas is going to be a tough one for us, so we thought it would be good to get away and be pampered for a change. Couldn't agree more about retiring to the coast, although we're thinking more in terms of Cornwall. You can dream, can't you?

I'll see you at the Guildhall Simon. I'm planning on taking my son to see the Subs. At 15 years old I suspect he'll be the youngest one there by several decades!

That's what these kids need all right: a proper musical education!

Looking forward to the gig, Mark - see you down the front!