Doctor Who: The Ghost Monument ( review with spoilers ) 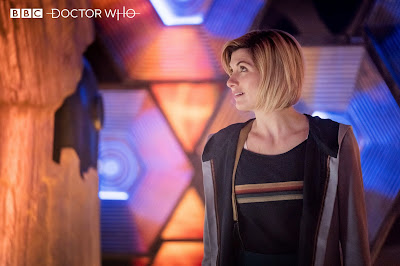 The second episode of Series 11 finds the Doctor and her friends facing almost certain death in the depths of space before being temporarily rescued... but then crashing onto a planet where the entire environment is toxic to all life. And there's no way home. It's one of those days.

Following a very traditional Who template this new series goes from "Modern-day Earth under threat" to "Outer space adventure" to next week's "Celebrity historical"  -  so this second episode is following in the footsteps of The End Of The World or The Beast Below as a way of introducing the latest set of companions to the joys and terror of space travel in the Whoniverse. 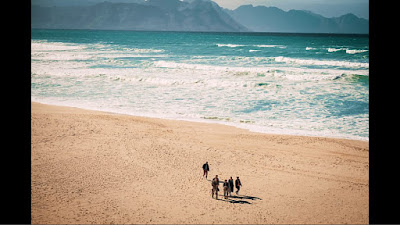 As this review is ( typically ) on the late side and the "spoilers" mentioned in the blog title above are all out there, as well as tons of reviews that are better than anything I could scribble down, I thought I'd just go with some quick thoughts on the episode...

Things I loved about The Ghost Monument:

The new title sequence at last! Wonderfully new but retro with a Pertwee-era vibe
"This is my Tardis" ( proper shivers down the spine )
That bass-heavy theme tune
Stunning South African location footage
Ryan and ladders :-)
The return of Venusian Aikido ( but no "Hai!" )
Jodie of course
Custard creams in space
( I never thought I'd say this but ) I really like Bradley Walsh 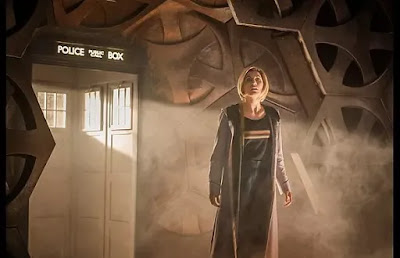 Things that were less than lovely in The Ghost Monument:

Why have Art Malik as a guest star then completely waste the opportunity?
Far too much exposition
Fairly useless robot enemies
We really need to see more of Yaz...

All in all, this was a solid adventure which looked stunning, with some lovely moments ( "Come to daddy!" ) but didn't quite have the adrenaline-rush of The Woman Who Fell To Earth ( and again this is in keeping with the previous "Space adventure" episodes I mentioned above ), so I'm giving this one:

Three And A Half Sonic-Screwdrivers ( or tiny crystal Tardises )

I felt it had some flaws, such as dragging badly in the second quarter, and poor old Yaz being given nothing to do. Also, as you say, there was an awful lot of exposition going on. Having said that, overall, I still really liked it. I loved Yaz waking up, dazed and confused, to find the Doctor already trying to take control of the ship - which was a great way to highlight the difference in their levels of experience and knowledge, and you'd need a heart of stone not to be touched by the TARDIS reunion.

I'm not as yet 100% convinced, sadly, but at least there's very little of the gender agenda I was dreading. And I like Bradders! But I do feel it's all a bit like Black Panther - a lot of people ( not you, Simon! ) seem to be so glad it's not awful that they're going overboard in their praise. It's.... ok, that's all. I will keep watching at least.

Thanks for the comments guys.

Sure, the first two episodes have their weaknesses but overall I think they're very entertaining and I'm hopeful some more meaty stories await further down the line. I'm particularly happy that this new version of Who has persuaded my wife to actually sit down and watch the show properly for the first time in years. She's never paid it much attention since the sainted David Tennant left ( sob! etc. ) but she's very engaged with the new crew.