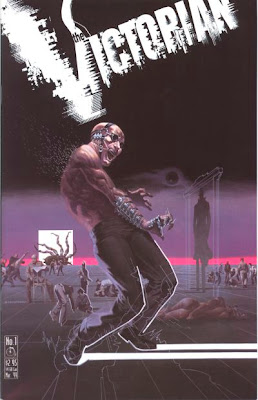 As we all know, James Steranko only produced a relatively small body of work in comic books before he went into the publishing game with his company Supergraphics. He has also worked in the film industry, creating promo artwork and storyboards. Only very rarely does the Jaunty One return to the comics industry, drawing the occasional cover. Here are a couple of examples, one recent ( Hercules from Radical Comics 2009 ) and one not so recent ( The Victorian from Penny Farthing Press 1999 )
But who knows? One day Steranko's artwork might again grace the interior of a comic book. As you can imagine, I'd certainly buy it..... 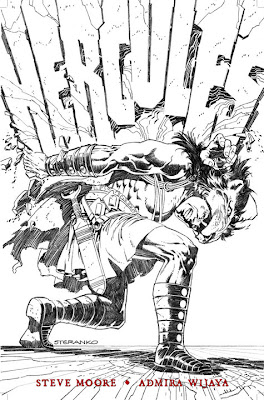