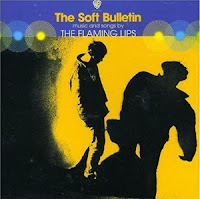 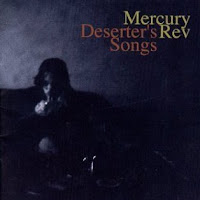 The occasion: that rare moment when a support band blow the headliners off the stage...

Mercury Rev were touring the Deserter's Songs album, a sublime collection of tunes that dragged them out of Wierdo Corner and propelled them into the limelight, after many years of drink, drugs, breakdowns etc. With its horn sections, female sopranos, bowed saws and guest spots by Garth Hudson and Levon Helm of The Band, Deserter's Songs was a revelation of eerie Americana.

I turned up at Oxford Brooks Student Union, expecting a lot from the Rev and very little from the support band with the unpromising name The Flaming Lips. The Lips sort of shuffled onto the stage and seemed to be doing a soundcheck which eventually morphed into a proper set. Steven Drozd and Michael Ivins were sitting down (!), surrounded by banks of synths and keyboards while Wayne Coyne stood tall, often hammering on a massive gong behind him. A large screen behind the band showed weird collections of images throughout, Coyne occasionally pointing at the screen, where sparks seemed to shoot out from his fingers. The music itself was like Pink Floyd playing Pet Sounds or the Beach Boys playing Dark Side Of The Moon. Strangely moving songs about mortality and Man's place in the universe were accompanied by Coyne singing to a Nun glove-puppet or breaking a phial of stage blood on his forehead. The Lips' stage antics have since become bigger and more celebrated but this low-key introduction to the band was enough to make me a believer. I can honestly say I've never expected less but received more from a band...

After that poor old Mercury Rev were almost an anti-climax. I had wondered how they would recreate Deserter's Songs' soundscapes live. Samples, synths, tapes? As it was they did it all with a basic guitar/bass/drums set up, which gave the songs a rockier, less dreamlike feel. But even with this stripped-down sound they still had such wonderful songs as Holes and Goddess On A Hiway, not to mention Jonathan Donahue's plaintive vocals and Grasshopper's psychedelic guitar pyrotechnics. And a great cover of Like A Hurricane too!
Strangely enough, I haven't seen either band play live since. I'll have to do something about that: 10 years is far too long.

Soundtrack: Deserter's Songs, The Soft Bulletin, The Rev and The Lips.