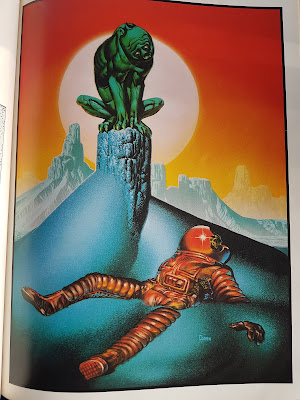 I was sad to hear yesterday that the great comic book artist Richard Corben had recently passed away, following heart surgery. He first made a name for himself in the 1970s, working for various Underground comic publishers as well as for Warren magazines and Heavy Metal, and was a pioneer of the graphic novel form with the likes of Den / Neverwhere and Bloodstar. His comic strips were loud, brash and colourful, filled with brawny musclemen, over-endowed women, creepy creatures and outrageous horror. There was also a poetic, lyrical side to Corben's work which often showed through the fleshy spectacle and ultra-violence. He was a master of colour, achieving stunning chromatic effects with the limited resources of the four-colour comic.

I thought I'd post a few examples of Corben's work from my collection. The first four images are all taken from P.R Garriock's Masters Of Comic Book Art, a wonderful book published way back in 1978 which first introduced me to Corben as well as the likes of Moebius, Druillet and Eisner. The next three images are taken from The Odd Comic World Of Richard Corben, a collection of some of his strips for Warren Publishing. Of course, Corben later went on to work for the likes of Pacific Comics and even went "mainstream" ( -ish ) for Marvel and DC but I'll always go back to the power and raw sensuality of his early material.

Absolutely beautiful artwork from one of the greats of the modern comic book who will be sadly missed. 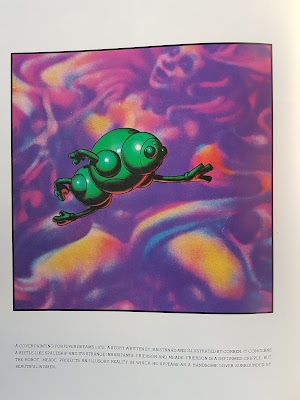 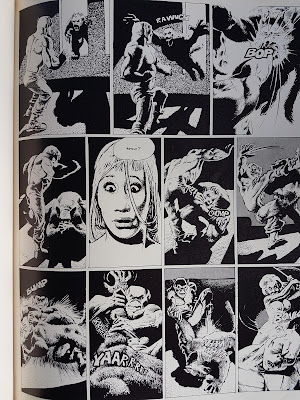 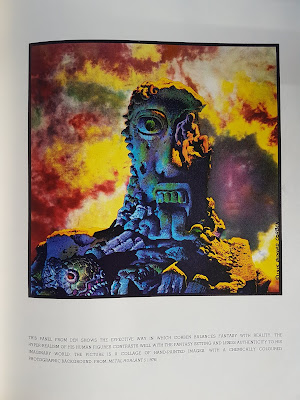 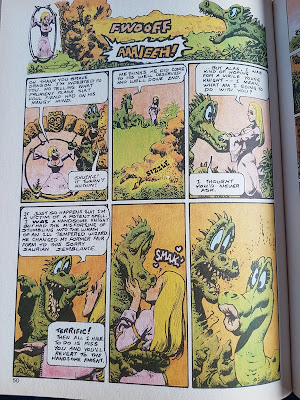 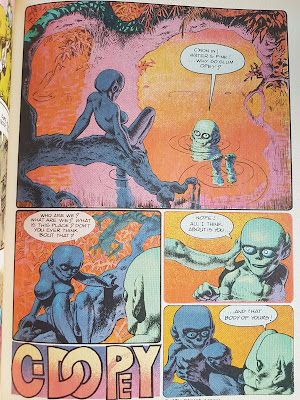 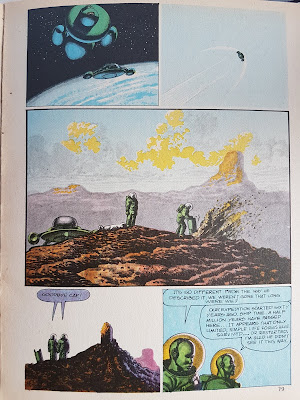 I seem to be replying to more and more posts on the greats of the music , film, sporting and comic book world passing. Corben was one of these true greats. When I first saw his lush painted art in an issue of Heavy Metal ( bought by my older brother as it was expensive and not for kids) I couldn't understand how he did it, it was at once both cartoony, realistic and sexy with his busty maidens,madly muscled hero's , and mad looking monsters. Despite the gore elements there was always that glint of humour in his work. Of course most members of the public will only know his art via the Meatloaf Bat out of Hell LP cover ( brilliant album cover ok LP). I was in Glasgow this morning and picked up the latest Heavy Metal mag with his art, he was 80 when he passed so in his Kate 70s when he painted this strip, it looked liked it was drawn by the mind and hand of a 30 year old that's how cool he was.

I was talking to a friend yesterday about the effects the passing of these talented people have on us. He was specifically talking about that dire year 2016 when we lost Bowie, Alan Rickman, Leonard Cohen, George Michael, Carrie Fisher etc etc. And, of course, this year we've had the shadow of Covid-19 hanging over everything - whenever you hear that somebody famous has died ( Sean Connery, Maradona, Barbara Windsor ) the first instinct is to ask "Was it Covid?" - Sad times indeed.

As for Richard Corben, he was a fantastic artist, wasn't he? As you say, there was a lot of humour amidst all the flamboyant characters and extreme gore, especially in his Underground work. One of my faves was "Mangle, Robot Mangler", his outrageous parody of Russ Manning's Magnus, Robot Fighter. Just hilarious stuff. It's good to hear that, even in his late 70s, he was still producing good work. And, to be honest, I wasn't even aware that Heavy Metal was still being published. What's it like nowadays?

Yeah 2016 was for me at least a particularly bad year for losing my personal "heroes" and it doesn't seem to have stopped since then. I suppose that's the effect of us all aging we forget everyone's getting older and our heroes aren't stuck at being the age we found them. It will sadly only get worse ( I'm a wee bundle of joy tonight lol)

I haven't picked up Heavy Metal in years apart from that issue , to be honest I was never a fan of it unless it had Corben or Bode or similar, this issue had both so had to buy it. I looked at other issues on the shelves and they didn't look great

Meant to add yeah Mangle the Robot Mangler was a great strip especially for fanboys.

Yeah, I read a bit of Corben's Murky World in a recent Heavy Metal too - he was unusual in that his work was just as good as ever, even when he was pushing 80. Which other comic artist could you say that about?

Nice to see him remembered Simon - Masters of Comic Book Art and Odd Comic World really take me back. After Sabre the first comic for big people I ever got was Neverwhere, which was a real ...er, eye opener.

Farewell then Richard Corben, and thanks for the mammaries.

@Paul
Thanks for the update on Heavy Metal. I may try and locate some issues but I won't expect too much...

@Sean
Yes, Sabre was another of those books that felt like they were pushing the boundaries of what "comics" could be. It wasn't quite there, really - nothing radically different from your above-average Marvel comic except more nudity - but it was a step in the right direction, especially in terms of format.