Trapped In A Cult 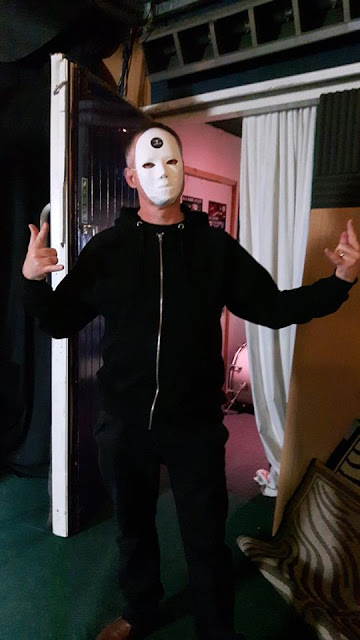 A few weeks back I finally decided enough was enough and dropped out of society to join a mysterious cult. Well, only for about two hours on a Sunday afternoon... 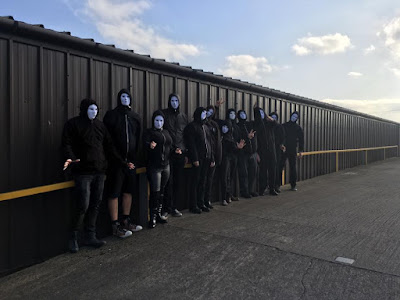 This was actually my debut as an extra in the video for the mighty Borrowed Time's new song Trapped In A Cult. Here are my fellow cult members above. ( I'm the one flicking "Peace" signs... I think... )
I turned up at Two Rivers Studios in Cheltenham for my indoctrination into the cult and instantly found myself on bubble-blowing duties. ( Please try not to think of that outrageous old Michael Jackson joke at this point. ) Yes, I had to stand in front of the band while they were filming a "psychedelic" middle-eight and blow bubbles from one of those cheap kids' bubble-blowers until I was blue in the face. All for about 1/2 a second of screen-time :-)
Here are four of the 5 BT boys in full hippie regalia, going for a Bohemian Rhapsody vibe: 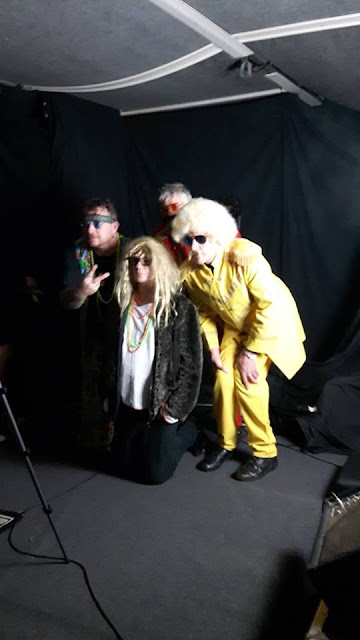 The band had by this point finished their filming ( they'd been there all day ) and now it was time for the cult to assemble. Drummer Marcus assumed the role of cult leader and stood on the stage gesticulating ( he's that kind of bloke ) while us cultists marched forwards and reached out to our leader as if he were the messiah, and not just a very naughty boy. The director filmed various different takes of this from many different angles and then filmed us miming the letters "C -U -L -T" like some kind of Punk Rock Village People. It was all good cult-y fun. Finally Marcus put his hippie rags back on and surrounded himself with groupies. It's hard work being a revered leader... 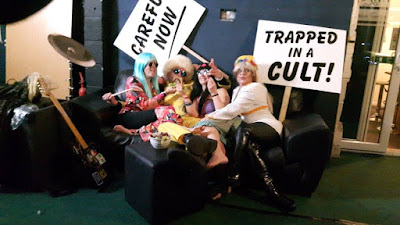 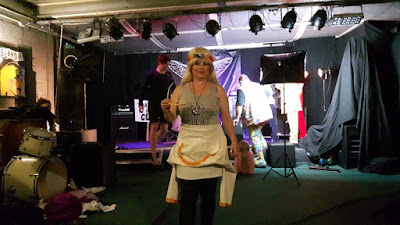 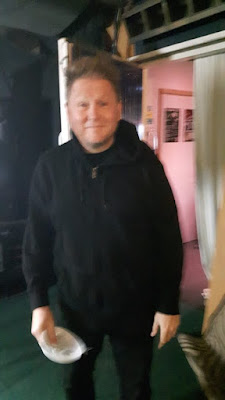 It was great fun being a cult member for an afternoon and interesting to see behind the scenes of a video shoot. And below is the finished article which I think is pretty bloody good. ( If you squint really hard you can see me in the centre of the screen around the 1:36 mark, reaching up for absolution from my guru... )

Famous at last, eh? I'm still waiting for my turn.

Wow, I must admit Simon you really do have some very descriptive writing abilities and yes I fully enjoyed being in the Cult and my first Music Video at the Grand young age of 50!

@Kid
I don't know about Fame - I'm sure she's a very fickle mistress...

@The Vamp
It was fun wasn't it? Good to see you out and about x