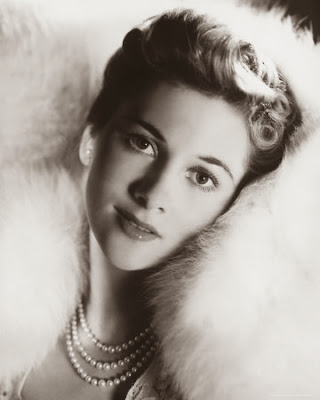 Sadly, the day after the world lost the great Peter O' Toole, another Hollywood legend has left the stage. Joan Fontaine was a fine actress with a long and distinguished career on screen and stage, best known for her role as the un-named "second Mrs. DeWinter" in Hitchcock's adaptation of Daphne Du Maurier's Rebecca. 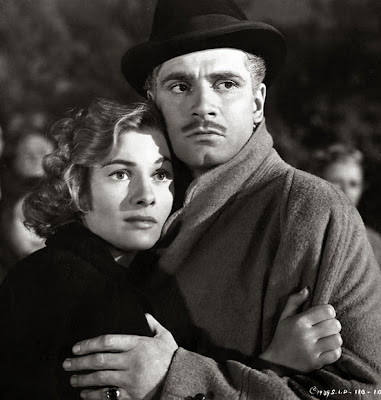 Here she is with Laurence Olivier in that movie, Hitchcock's first American film and a masterclass in Hollywood Gothic.

Howdy, friend! It's been too long since I stopped by to check things out. The week both Peter O'Toole and Joan Fontaine died was quite a thing. Never was a big Fontaine fan-de Havilland, though...oh mercy, I love her. I hope you and the family have a lovely Christmas; have you heard "Fairytale of New York" much this season? :)

Hi Mickey! Lovely to hear from you. I do look in on your blog now and again, but am unable to comment on it for some reason, don't know why, probably because it's on Tumblr and I'm not signed up for that :-(

It was a sad couple of days for fans of old movie stars. O'Toole's performance in Lawrence Of Arabia is a work of genius and I love Fontaine in Rebecca, one of my fave Hitchcock movies - probably because it's based on a great source novel and has more of a plot than some of his more gimmicky films.

I've only heard about one minute of "Fairytale" so far, when I was out somewhere. Will definitely play it on Christmas Eve - it's a tradition for me, if only to counteract Sarah playing Frank Sinatra :-)

Hope you and yours have a wonderful Christmas.
Best Wishes,
Simon.