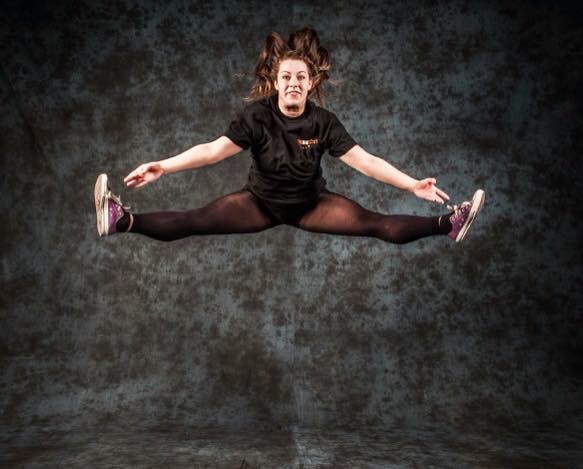 Last weekend Sarah and I went down to that there London to see Sophie taking part in Move It 2015 at Olympia. ( That's her above in mid air. ) Move It is the premier UK expo for the dance / performing arts industry and Sophie's dance college The Big Act were performing and promoting themselves over the course of the three day event. 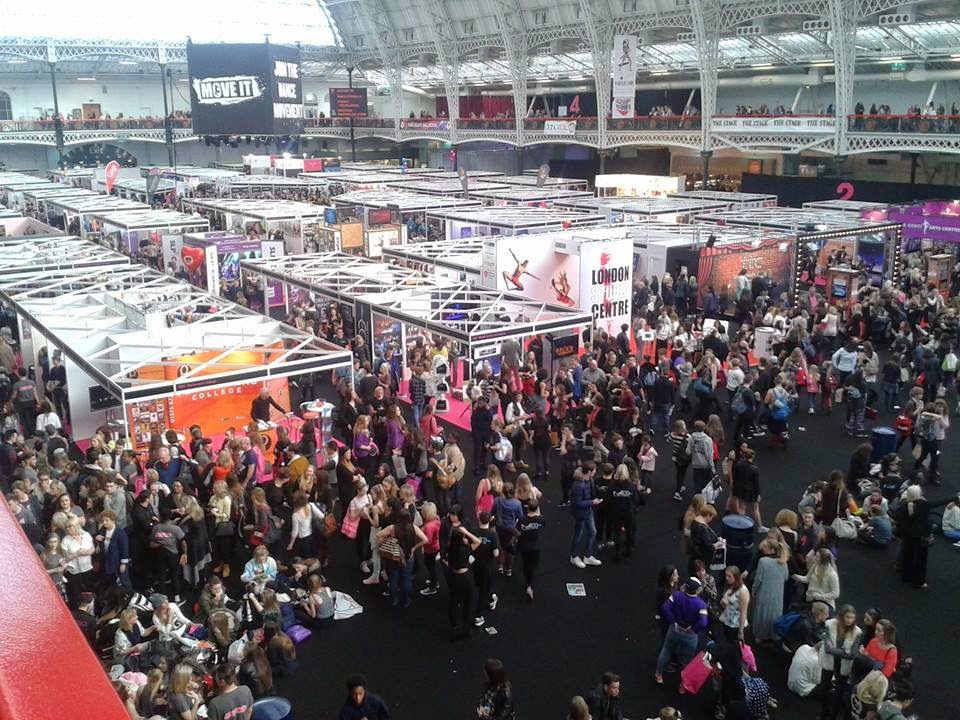 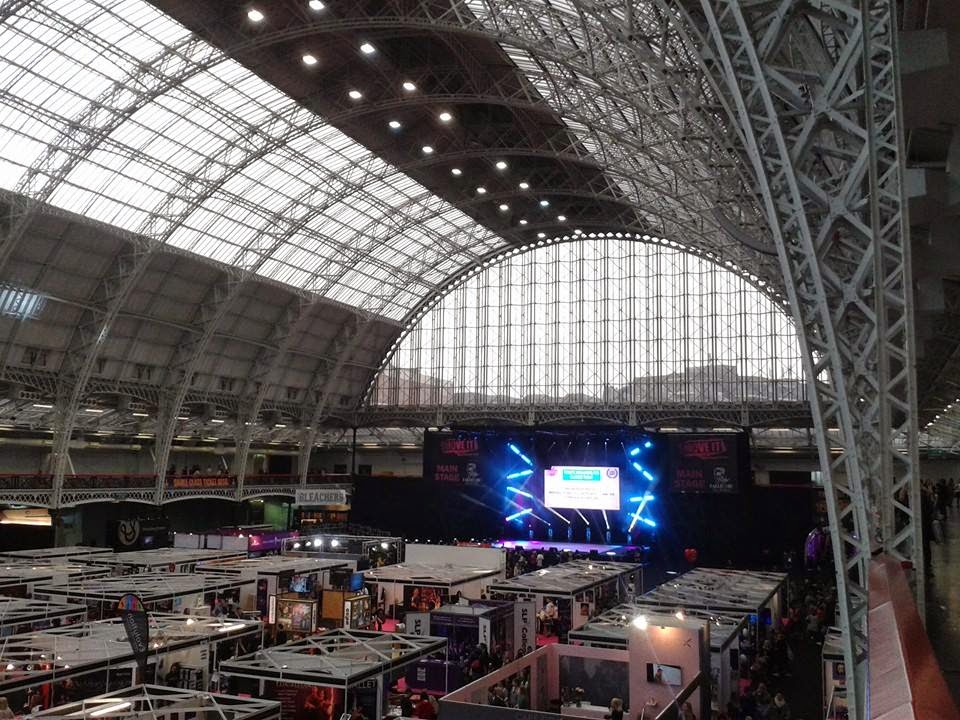 Olympia is a beautiful Victorian building and Move It and Perform ( dance and theatre respectively ) dominated the huge space. 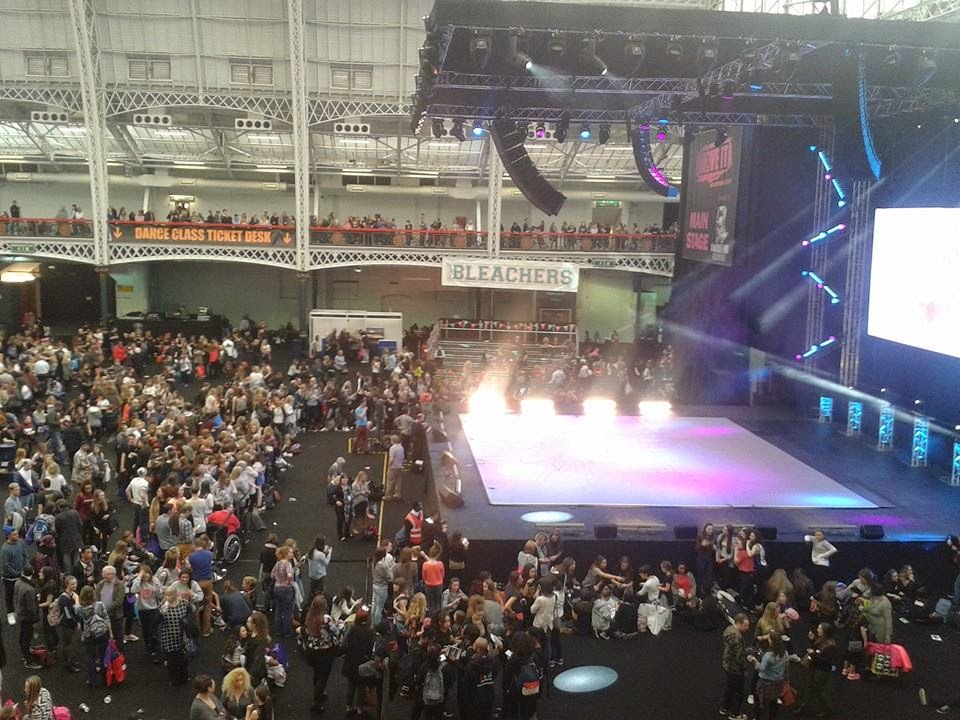 After watching Sophie and her friends put on an excellent showcase in one of the smaller venues, we were lucky enough to watch her teaching a Hip Hop class in one of the many workshops dotted around the site. It was fascinating to see how a dance routine is taught and it was great to see her leading the workshop, alongside the Big Act dance teacher. 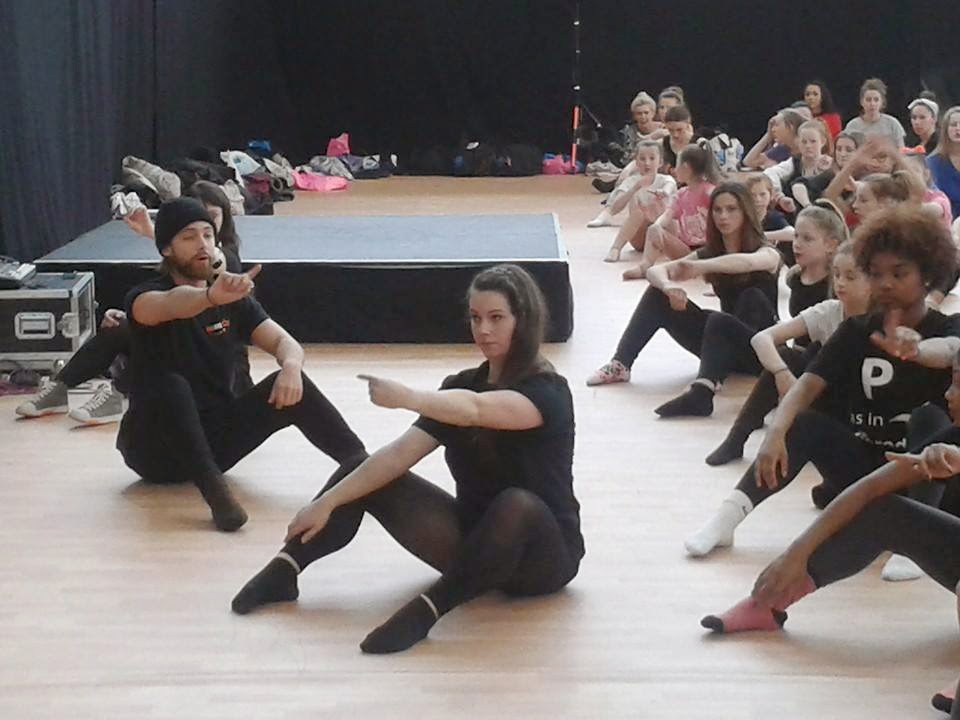 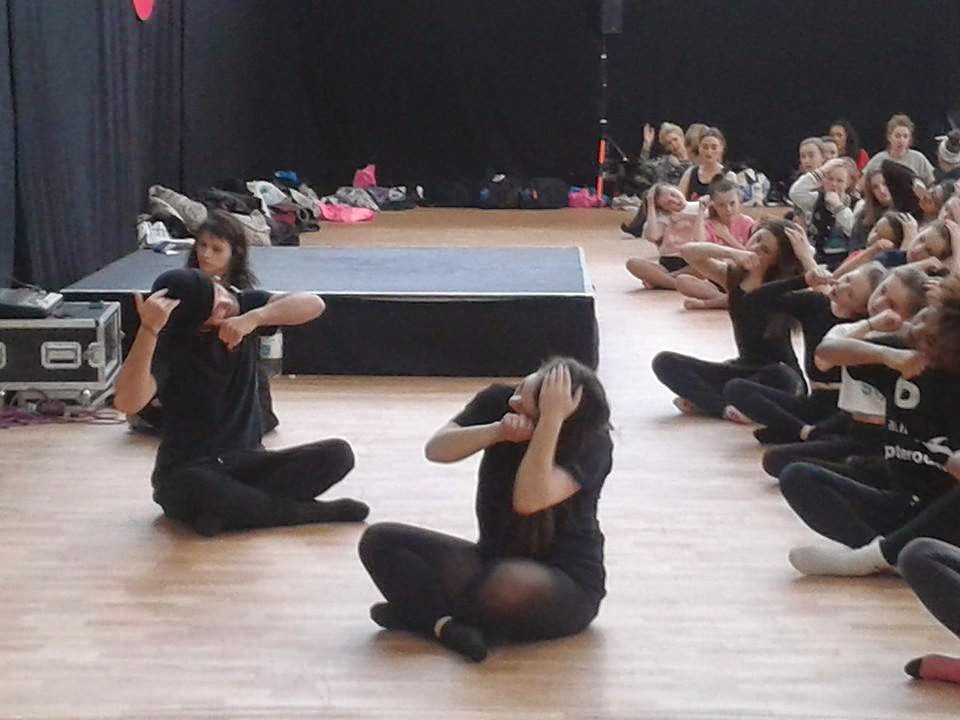 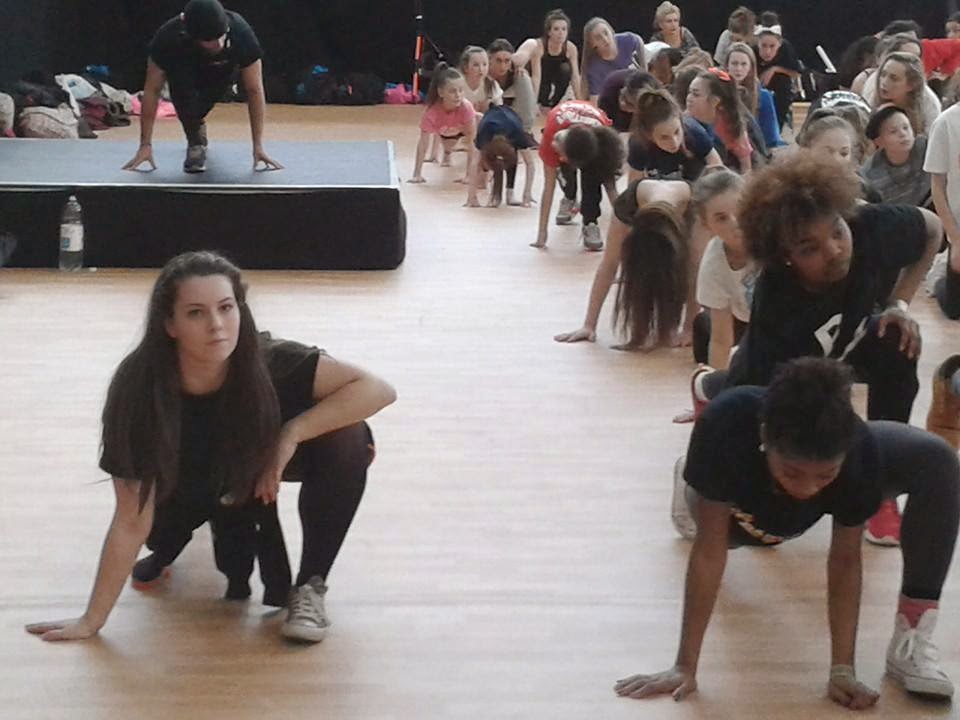 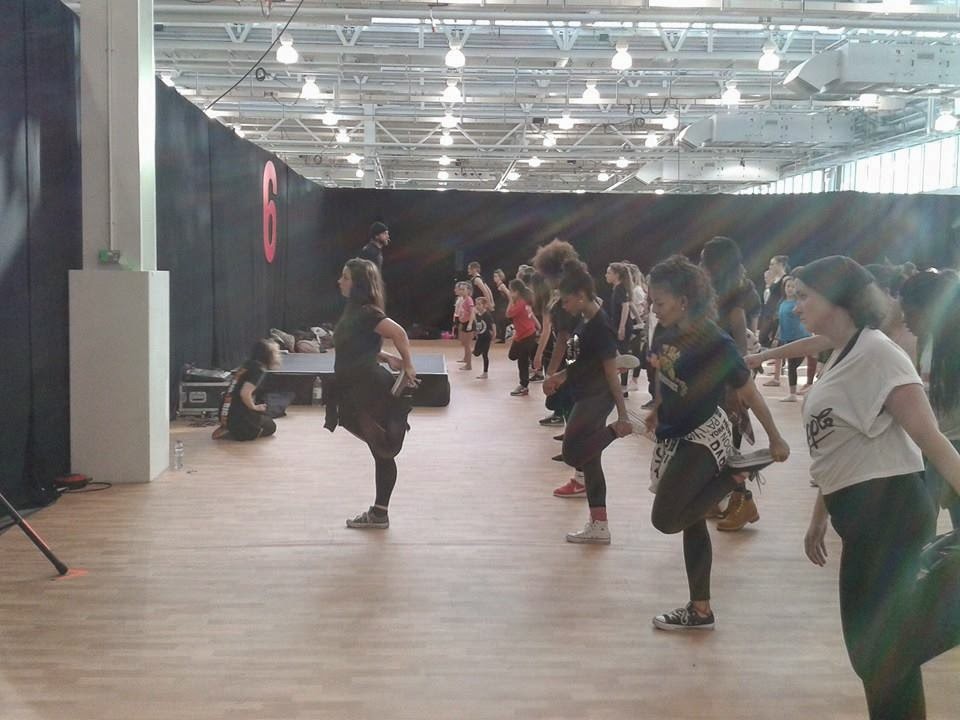 ( Although, after hearing it over and over, I never want to listen to Sam Smith's Stay With Me ever again... )
We also watched a few other performances throughout the day which were all very impressive. I can't say I'm really a fan of contemporary dance or musical theatre but I've definitely become more appreciative of such things while following Sophie's dance education. 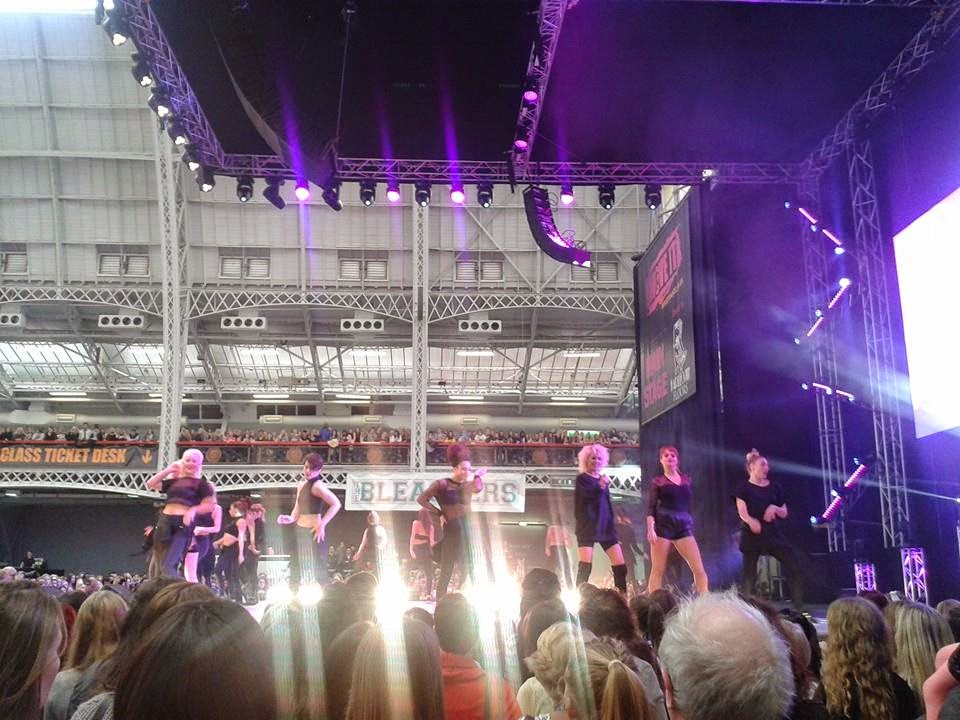 One very proud dad and his talented daughter... 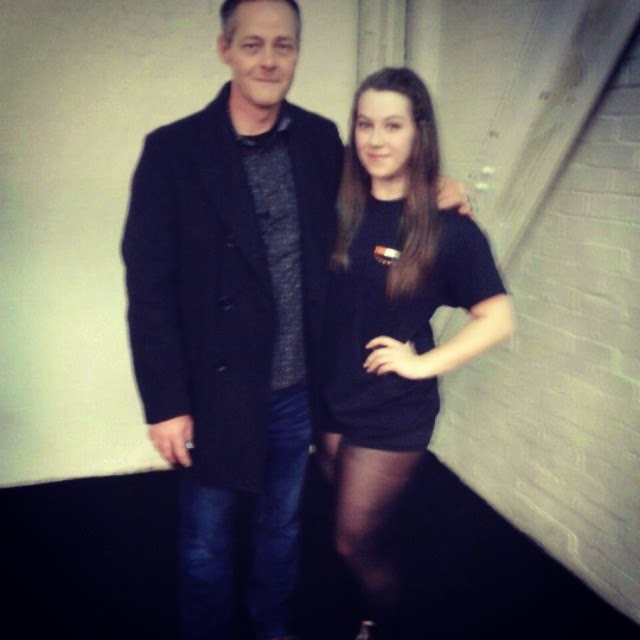 And here's a shot of Olympia's exterior. It really is a cool place... 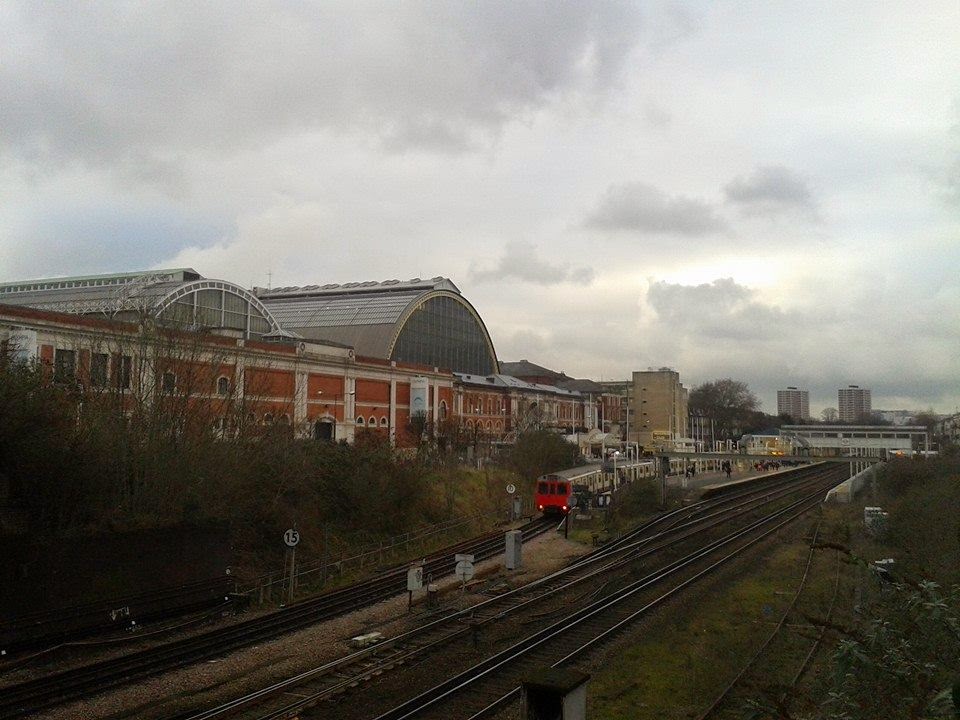 Soundtrack: various tracks by Everything Everything and The Maccabees
Posted by cerebus660 at 13:26

It must be great to see her making her way in the world so well.

It is, Cal. Her whole college experience has helped her become more independent and mature. Last weekend she got two auditions for jobs - one on a cruise ship and one for Disneyland Paris. Either one would be pretty awesome. Fingers crossed...

I never want to hear Sam Smith's Stay With Me again either. The Faces, -yes, but Sam Smith sounds like he is dying!
AND it's a rip-off of Tom Petty's "I Won't Back Down"!
TOM, IF YOU'RE READING THIS ( I know he's a fan! ) THEY OWE YOU ROYALTIES, MATE!!

Hi John! Apparently Sam Smith settled out of court with Tom Petty over the plagiarism claim. I think it's unlikely this was an intentional rip off - would Sam Smith even know who Tom Petty is? It's a fact that in rock / pop music it's very hard to write melodies that don't bear some relation to something that has gone before. I'm always hearing random collections of notes in songs that sound familiar. One of my favourite songs is Godless by the Dandy Warhols - the intro to that is basically a re-do of the intro to My Sweet Lord...
And so it goes...

....which in turn was unintentionally a copy of "He's So Fine", and so it goes on....
Yeah, I know there are only 13 notes to play with.
That chord sequence is very similar on the start of That's Entertainment too ( Start!/Taxman - here we go again! )
I'm going to check Godless out , I'm curious to see if they use the diminished chord ( from MSL ) in the intro?

No, they only nicked the first 2 choords,so I won't sue them!
( sounds like the same key, though! )