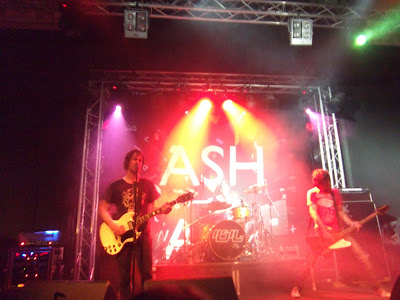 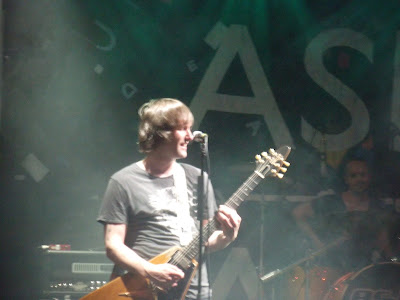 After a fairly lukewarm reception from the Guildhall audience last time they played here ( in 2009 ) the band this time received the rabid adulation they deserve as the crowd went mental. As seen below... 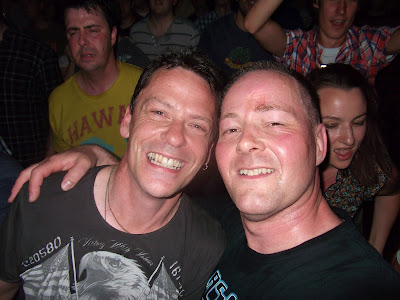 Yep, that's my mate Glenn and me in the middle of the heaving crowd, having ( in the words of Iggy Pop ) a real cool time. Well, I say "cool" but it was actually boiling hot in there... but a great laugh. Glenn turned to me just after I took this picture to say "I'll never stop doing this!" Couldn't agree more! The bloke behind us in yellow doesn't seem quite as happy :-) 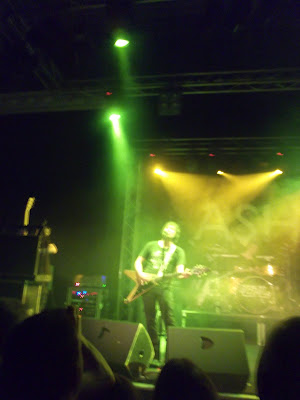 Ash were, as ever, very loud, very enthusiastic and very tight - playing a seemingly endless succession of exciting, singalong Punk / pop classics.
You can read my full review ( if you want to, of course ) over at Louder Than War... 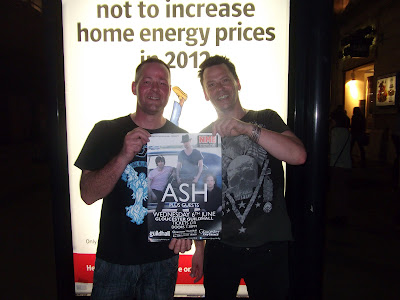 Here we are again, outside the venue, with me looking like a beetroot ( did I mention it was damn hot in there? ), clutching the gig poster I blagged from the girl at the box office. 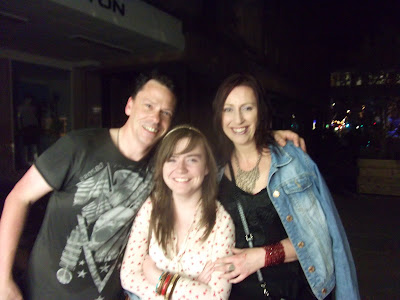 And Glenn with two of the lovely ladies in his life, girlfriend Sam and his daughter Millie.