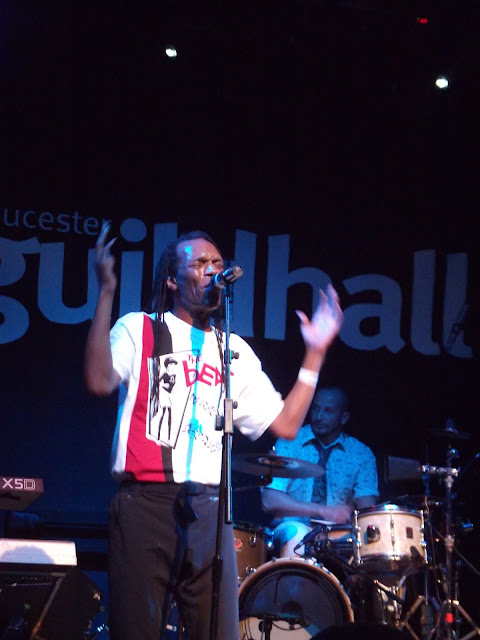 Gutted to hear of the passing of the wonderful Ranking Roger from The Beat, one of the greatest performers this country has ever produced. A seemingly irrepressible force of nature, he will be sadly missed. Here's a photo of Roger from a Beat gig at the Gloucester Guildhall in happier times.
Love, peace and unity...
Ranking Roger ( Roger Charlery ) 21st February 1963 - 26th March 2019
"I'm sorry to say but I'm on my way..."
Posted by cerebus660 at 23:47