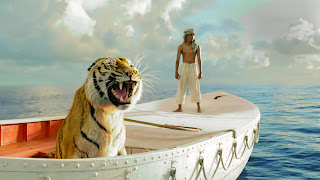 "My name is Pi Patel. I have been in a shipwreck. I am in a lifeboat, alone, with a tiger. Please send help..." 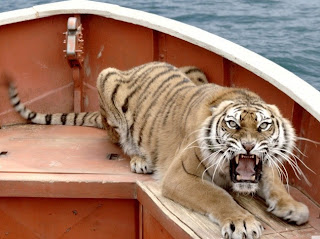 Ang Lee's latest movie, an adaptation of Yann Martel's "unfilmable" novel, is a beautiful, thought-provoking piece of film-making and ( more importantly ) story-telling. The story's main character, Piscine "Pi" Molitor Patel, is a sixteen-year old in 1970s India, whose zoo-owning family are forced to sell up and move to Canada and a new life. Their ship is sunk by a storm in the Pacific, leaving Pi as the only human survivor, clinging to a lifeboat with only a hyena, a zebra, an orang-utan and a Bengal tiger for company. After a brutal lesson in natural selection the only remaining survivors are Pi and the tiger, Richard Parker. Pi has to not only learn how to train the ferocious beast but also to survive starvation, thirst and loneliness on the open sea. 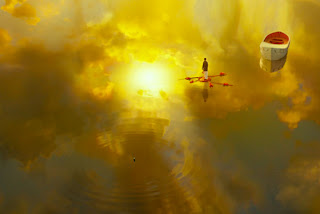 Life Of Pi is a magical film, combining beautiful visuals, seamless CGI, a thoughtful script and a stunningly naturalistic performance from first-time actor, Suraj Sharma. And, unusually for such a "big" movie, it works as an allegory and a commentary on story-telling ( in a similar fashion to Atonement ) while tackling themes of belief, love, humanity and friendship. At the core of the film is the relationship between the boy and the tiger which, in a strange way, turns out to be one of Ang Lee's perennial themes  -  that of an unusual love story. As seen in Brokeback Mountain or Hulk, Sense And Sensibility or Crouching Tiger... Lee returns again and again to relationships that are doomed or frowned upon. The gradual change from savagery to dependence in the bond between the two species is the heart of the story. 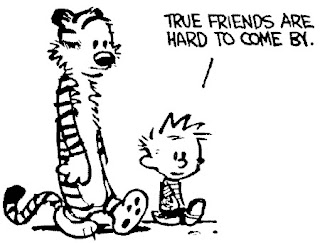 Life Of Pi is wise, funny, heartbreaking, visually ground-breaking and has one of the best, and most subtle, uses of 3D I've seen since Avatar. In short, go and see it... it's grrrreat!