It's been a day since the news broke of comic genius Rik Mayall's untimely death and I still can't really believe it. He always seemed so full of life and energy, having already cheated death once before, following a horrific quad-bike crash, so surely he deserved a long and outrageous dotage.... but obviously that was not to be. I was at work yesterday afternoon when I received the following text from Sarah: "OMG Rick Mayall died today. We are so upset. James just saw it online." I thought it might have been yet another of those ridiculous internet hoaxes but sadly it wasn't. Only the previous night we had all been sitting in the kitchen, laughing like drains, as Sophie played You Tube clips of Mayall's greatest Young Ones moments on her phone... The Young Ones was the TV show that made Mayall's name. I had already seen him play "investigative journalist" Kevin Turvey as well as one half of the Dangerous Brothers with long-standing comedy partner Ade Edmondson but it was his portrayal of Rick ( with a silent "P" )  -  the Cliff Richard-loving, would-be anarchist and People's Poet  -  that really kicked off his career. Vain, insecure, pretentious and acne-ridden, Rick was a brilliant comedy creation in a sitcom that was truly ground-breaking in an era of such bland, anodyne fare as Terry & June and Sorry. The Young Ones was, appropriately for the fag-end of the Cold War, a comedic nuclear blast, unlike anything else. Surreal, anarchic, political, scatological and deeply, deeply funny, it was Punk TV by any other name. And for a generation of teenagers it was uniquely ours  -  everybody watched it, everybody had an opinion on it, and everybody would be quoting lines from each episode in the playground the next morning. And the best thing was that nobody over thirty liked it. Result... 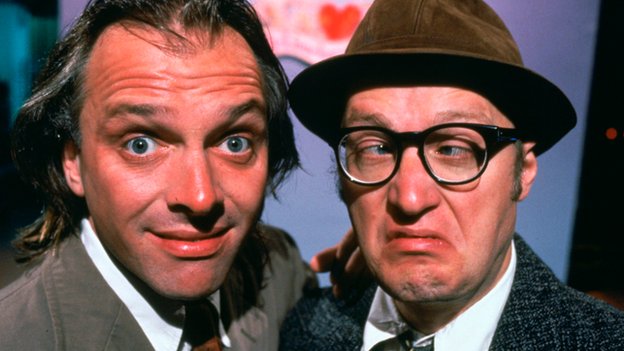 By the time I was first going out with Sarah ( late '80s / early '90s ) Rik Mayall had moved on to such shows as The New Statesman and two scene-stealing appearances as Flashheart in Blackadder as well as his attempt at "going Hollywood" with Drop Dead Fred, before again teaming up with Ade Edmondson in Bottom. Probably the most appropriately-named sitcom ever, Bottom saw Mayall and Edmondson play Richie and Eddie, the two most pathetic, witless and unpleasant characters imaginable, trapped in a violent hate / hate relationship, living in squalor and misery with only Emmerdale Farm on TV to bring them any comfort. And it was the funniest thing ever. Ludicrous situations, extreme slapstick violence, Mayall sweating like a madman, Edmondson guzzling Scotch, more violence, creative swearing, even more violence... Bottom was sublime. So, of course, the BBC cancelled it after three seasons. Luckily, Mayall and Edmondson revived the show on stage and Sarah and I were lucky enough to see them perform in Hereford around the turn of the Millennium. A hilarious show, featuring all the expected lunacy and slapstick with unparalleled invective, Bottom Live was one of the funniest things I've ever seen... although Richie's underpants were truly terrifying...

And now he's gone, underpants and all. And I still can't believe it.
So let's remember a true comedy icon and raise a glass to Sir Richard (P)Rick Richard, The Bombardier, himself. Hurrah! Bang on!
Posted by cerebus660 at 23:21 2 comments:

It's sometimes easy to forget at this huge distance from the events that the men who took part in the largest air and sea invasion in history, and so secured our freedom, were just ordinary people caught up in extraordinary  -  and terrifying  -  events. Here's to them for all their sacrifices and bravery. We owe a debt that can never be repaid but must never be forgotten.
Posted by cerebus660 at 07:27 No comments: 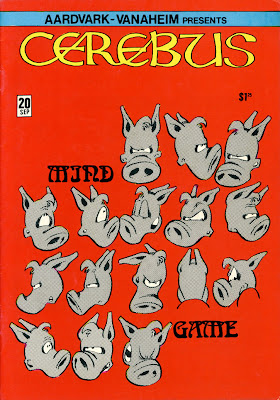 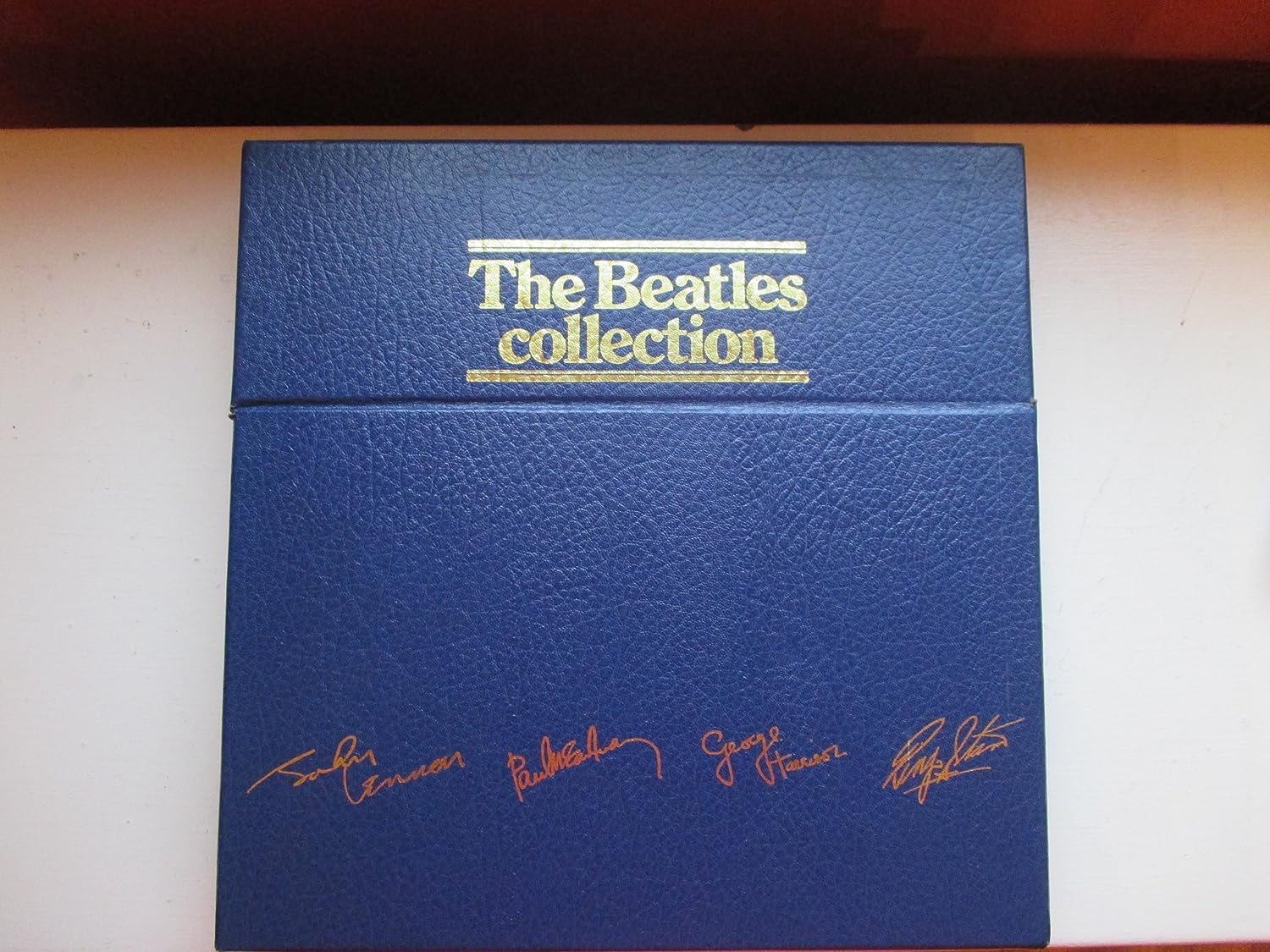 A box of Beatles Watch this space... and hopefully this space will soon be filled with the levels of irrelevance and self-indulgence you've come to expect ( Dear Reader ) from The Glass Walking-Stick...
Posted by cerebus660 at 00:34 No comments: