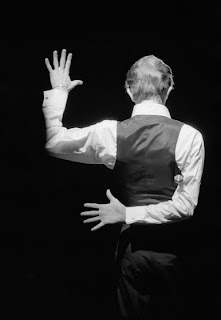 Bowie fans have good reason to rejoice today: not only is it the Thin White Duke's birthday, the 41st anniversary of the release of the "Changes" single ( not a massive anniversary, I'll grant you... ) but... wait for it... 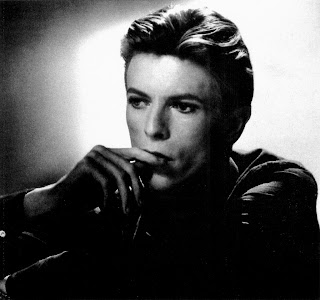 Yep, in 2013 Bowie will release The Next Day, his first new album in 10 years, with his new single Where Are They Now? being released today. And a tour to follow? Let's hope so... ( Although the Dame's well-publicised heart problems may rule that out. )
So, Bowie's semi-retirement seems to be over. Fantastic news!
Posted by cerebus660 at 07:16

Never mind how unlikely, the Bowie-for-Glastonbury? rumours that run every year should gain some momentum from this. Maybe a Kylie-style cameo with the Scissor Sisters...

As long as he doesn't do Dancing In The Street with Mick Jagger...
The horror...

If there was anyone I wish never got old it was David Bowie.

He probably thinks the same thing...