What's been going down in Groove Town this week? 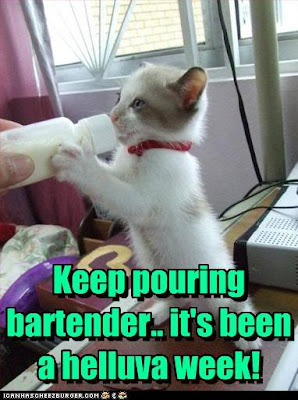 For starters I've finally finished watching Season One of Battlestar Galactica. The two-part season finale, Kobol's Last Gleaming Parts 1 & 2, is a thrilling, budget-busting adventure, deftly gathering up various plot-lines and delivering a gob-smacking cliffhanger. Special mention has to be made of the extraordinary performance of Katee Sackhoff as the tough/vulnerable/cocky/sexy Kara "Starbuck" Thrace - she's a knock-out! I'll have to search out Season Two pretty frakkin' quick... 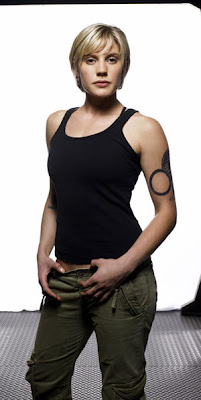 Back on planet Earth ( specifically Gloucestershire ) we've been enjoying some sunny weather for a change, so Sarah and I have been getting out in the countryside whenever we get the chance. Here are some dazzlingly yellow fields of oilseed rape in my old home village of Moreton Valence. My family used to own land a stone's-throw away from this crop and we also have a family plot in the churchyard which overlooks these fields. But I don't plan to move in just yet... 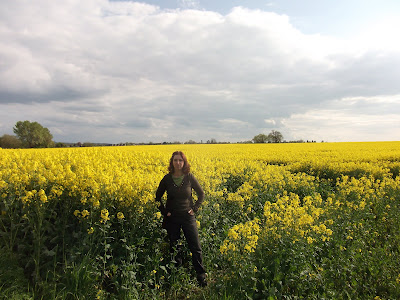 And when we're back safely indoors, we've got a whole new DVD library to work through. My brother-in-law is currently helping to clear out the house of a former compulsive hoarder who has left behind mountains of computer games and consoles, DVDs, books, CDs and other assorted junk. Below are just a few of the films we've bought for a quid each - all proceeds going to the deceased's mother. There is a surprisingly high proportion of Keanu Reeves movies here for some reason... 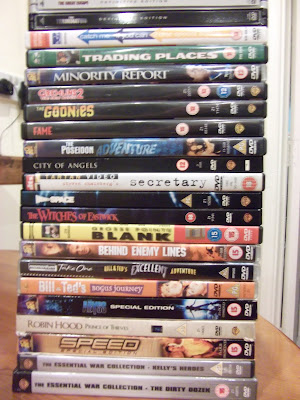 Following the sad loss of both Levon Helm and Maurice Sendak recently, I was upset to hear of another couple of deaths. Firstly Beastie Boy and all-round cool dude Adam ( "MCA" ) Yauch who lost his battle with cancer at the ridiculously young age of 47, and then legendary Filipino comics artist Tony DeZuniga who has left behind a legacy of outstanding artwork, such as the Conan piece below. Joe Bloke has posted loads more fantastic DeZuniga work over at his ever-wonderful Grantbridge Street blog.
Update 18/05/12
Another classic Filipino artist, Ernie ( "Chua" ) Chan has also sadly passed away. Yet another blow for the comics community. My condolences to the families of both of those very talented artists. 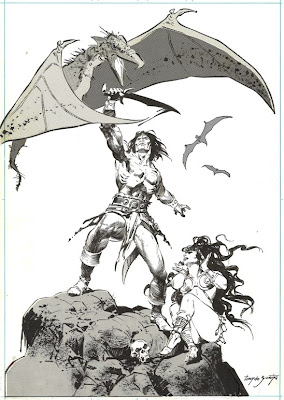 Finally, I've found out this week that the company I work for, Q Park Medical, has gone into administration and will very likely close next Friday. I've been with the company for the last 14 years and have been trying to get out for quite some time as things have been getting worse and worse there, with staff cuts and a terminally clueless "management" team making every working day a pain in the arse. Hopefully I'll get a redundancy payout soon and be able to move on. I applied for a similar position at another local firm this week, so fingers crossed... 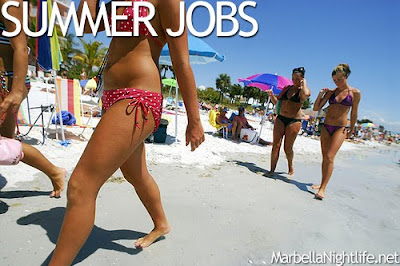 I don't think I'll find myself working for whoever created the advert above but, as the Beach Boys might say, wouldn't it be nice...?
Soundtrack: One Drop ( new single ) and assorted old tracks by Public Image Ltd.
Posted by cerebus660 at 00:20

Got my fingers crossed for you as well. Good luck!

Thanks Mike! To be honest, it's probably the kick up the arse that I needed. I've been trying to get out but, because the job situation is so bad at the moment, only in a half-hearted kind of way. Hopefully I can find something fairly soon...

Good luck with the jobsearch, Cerebus. :)