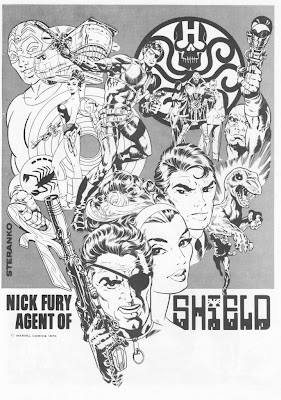 Some black and white beauties from Mister Steranko, kicking off with his signature character Nick Fury, Agent Of SHIELD, surrounded by friends, lovers, enemies and, er, dinosaurs..... 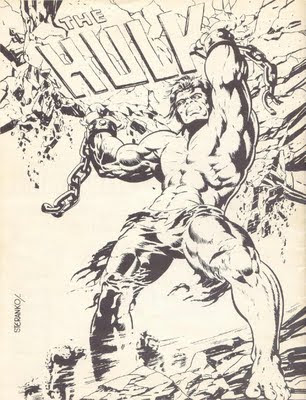 Next, the Incredible Hulk in a characteristic pose, but strangely less bestial than as usually portrayed. This illustration was slightly altered for the cover of Marvel's FOOM magazine no. 2, edited by Steranko of course..... 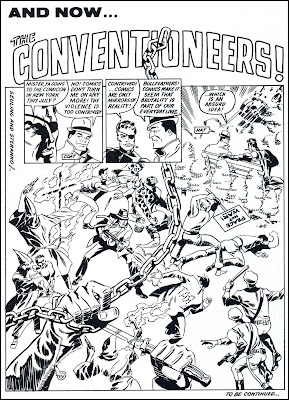 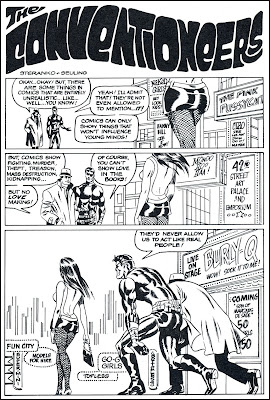 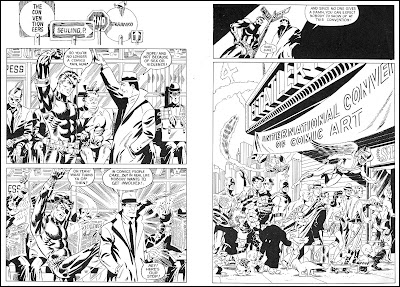 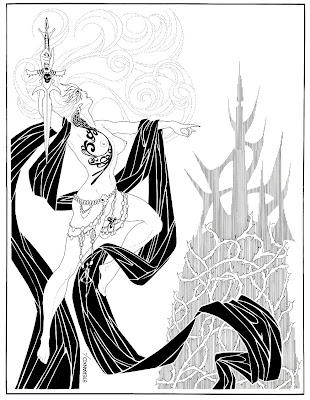 Finally, a reminder that Mister S. had a sideline in illustration for science fiction magazines
Soundtrack: Play To Win / ( We Don't Need This ) Fascist Groove Thang by Heaven 17
Retro!
Posted by cerebus660 at 17:01

Thanks Matthew! I'll probably only do another couple of Steranko Saturdays, but ( after this B&W post )they'll be in full, psychedelic colour.

If you'll excuse me going off on a tangent...it's odd that there are three classic Steranko cover images featuring the Hulk -- the one above, the "Hulk battles the Inhumans" one, and the cover of Captain America #110 -- people always seem to remember. There have been so many homages and references to that Inhumans one in particular over the years! Yet do you ever see an artist draw a Steranko Hulk, other than reproducing the pose? It might be interesting to see other artists work out how he made the character work so well on those covers and use it themselves. (One thing you notice right off is that he drew a very lean and sinewy Hulk, not the wide version we usually see…)

I love me some Jim Steranko, especially his colour work, so I'll be looking forward to next Saturday, then.

@Richard: Steranko's take on the Hulk is certainly unusual - more of a heavily-muscled bodybuilder than a monster. Perhaps anticipating Lou Ferrigno :-) I think Dale Keown's '90s version would be the nearest comparison.