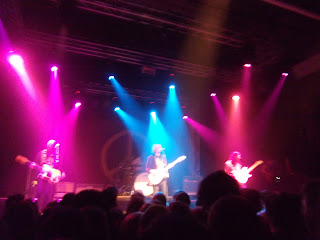 I had hoped to go to a couple of gigs this weekend but unfortunately didn't make it after going back to work part-time had left me feeling far too tired. But I'm now going to cast my eyes back on April when I managed to get out and see a few bands... and had a bloody great time. After the triumphant Dexy's gig at Gloucester's Guildhall Arts Centre it was a mere eight days until I was back in that venue, for a very different show. I was there with my friend Tom ( of The Sensitive Bore fame ) to see up-and-coming Birmingham bands Peace and Superfood. 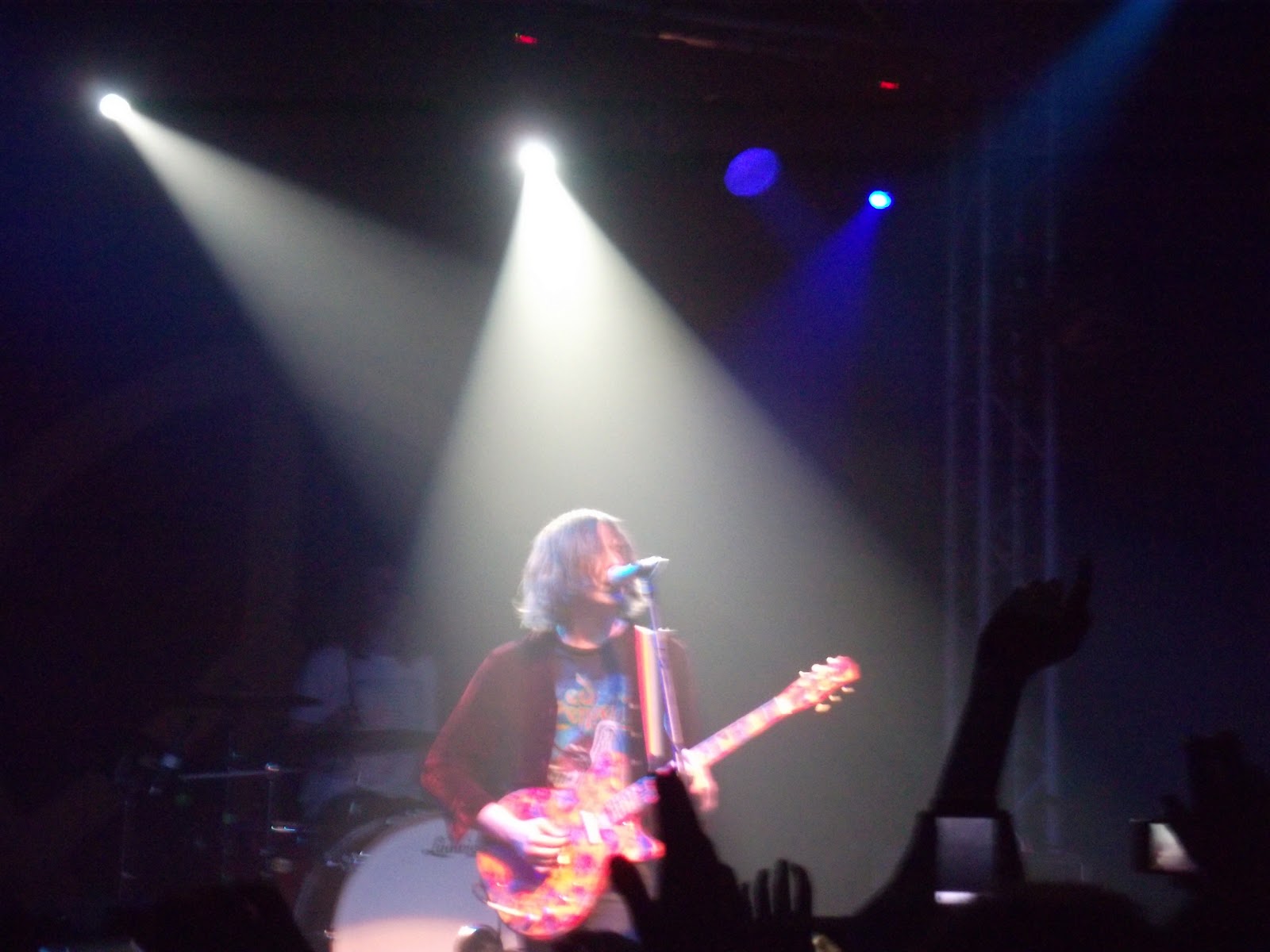 And very impressive they were too. Superfood are an extremely promising band, heavily indebted to Britpop ( especially Blur ) and obviously still inexperienced... but very talented. For a support band in a small venue they went down amazingly well with an audience that was equal parts teenage indie kids and curious, older gig-goers like me. I spoke to the band's guitarist after the show and he seemed knocked out by the reaction. He'd better get used to it...

Peace themselves were fantastic: a very tight, competent band mashing up Britpop, Shoegazing and Psychedelia with some memorable tunes and an overwhelming peace 'n' love vibe  -  of course! All the great songs from their album In Love ( album of the year? ) were given an airing, with the poppier stuff like Lovesick sounding almost feral when played live. And the crowd went nuts. Peace are clearly heading for the big time  -  and an appearance on last week's Later... With Jools Holland will certainly help with that.


You can read my full gig review from Louder Than War here... 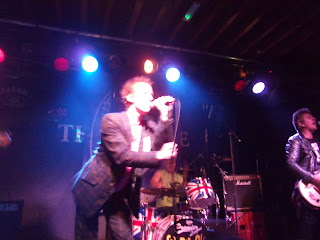 And two days before the Peace gig we took a trip down to Bristol's Fleece to see top Punk tribute band The Sex Pistols Experience, supported by my mates, the mighty Chinese Burn. "We" in this case were myself, Sarah and our friends Jacqui and Caz  -  all out for a night of rock 'n' roll mayhem... as the next photo shows :-) 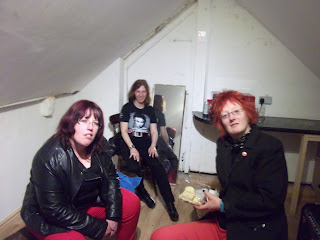 ( This is how exciting it is backstage: I don't think Jacqui's even awake... ) 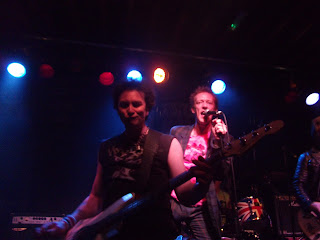 Although there's some question about the validity of tribute bands, it has to be said that the Sex Pistols Experience are good at what they do: aping the sounds, mannerisms and voices of a great band with almost supernatural accuracy. It can descend into an almost cartoon-like state at times but they always keep the joint rocking. "Johnny Rotter" in particular is spookily similar to his gobby inspiration on stage, but a friendly, softly-spoken Northerner offstage. The band went down a storm with the Fleece's mohican-sporting audience, as did the boys from The Burn... 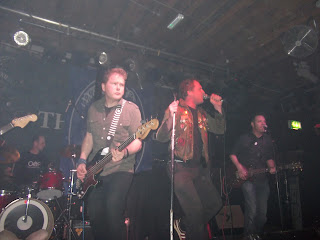 Because I'd been away from the gig scene for so long and missed The Burn's recent support-slot with Stiff Little Fingers, it was good to see them in action again and catch up with some fellow fans after what seemed a very long time. I went down the front with Caz and a few others... but got a bit battered. I definitely don't have the strength I used to :-) And, speaking of "battered", Glenn dedicated their cover of Beat On The Brat to me, saying it was good to see me back. And I even got a round of applause! Cheers, mate! 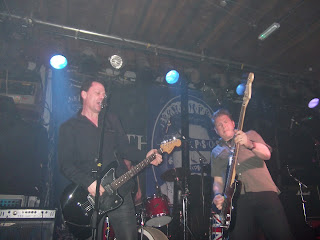 As before you can read my full review of this gig from Louder Than War here... 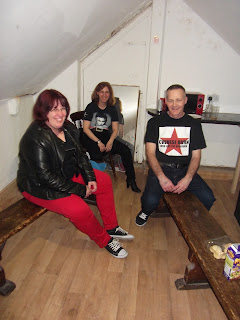 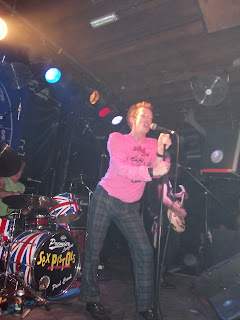 The part about "'Johnny Rotter' in particular is spookily similar to his gobby inspiration on stage, but a friendly, softly-spoken Northerner offstage" made me chuckle. I have no idea what the actual Mr. Lydon is like offstage, but this describes most of my experiences with punk acts in New York. All the punks I ever knew here were positively shy and mild mannered when they dropped the stage persona. I've always suspected there was a cause and effect relationship there: that the stern image of punk served as a kind of protective armor for some people who were gentle and unguarded beneath it. Not all of them, of course, but enough that punk acts were always my favorite to hang out with, even though I was never a big punk music fan.

(By the same token, it's almost cliche to point out that some folks who endlessly spout peace and love rhetoric can just as easily turn out to be the most rude and unfeeling types you'll ever meet.)

Regarding your last point, it always makes me laugh that such complicated, ambiguous characters as John Lennon or Bob Marley have been elevated to virtual sainthood due to their "peace and love rhetoric"... even though the truth was often a shade darker...