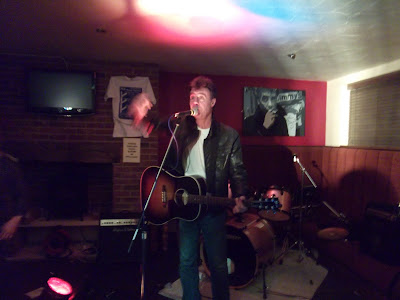 "I saw one of those Sex Pistols down the pub last night..."
Well, it was last Sunday to be accurate. The second M4 Music Festival in aid of the Alzheimer's Society at the Old George Inn in sleepy South Cerney. 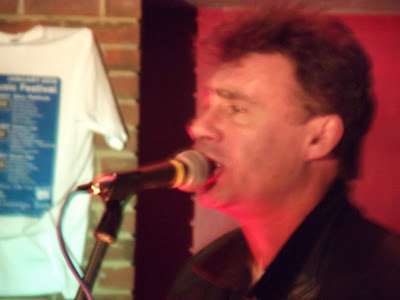 Living legend and original Sex Pistols bass-player Matlock played an acoustic set covering his career from the Pistols days through the Rich Kids, Dead Men Walking and more obscure solo stuff, as well as covers of songs that have influenced him. It was a very intimate, low key gig with a really warm interaction between singer and audience. Matlock had us all singing along to Stepping Stone, Ghosts Of Princes In Towers, God Save The Queen, Pretty Vacant ( of course! ) and more. 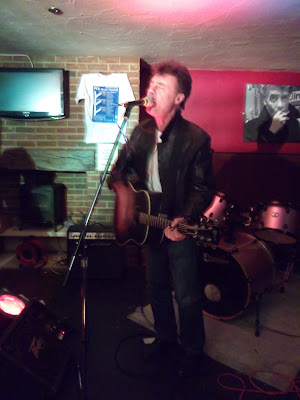 The songs were all preceded with anecdotes and stories from Matlock's 4-decade career, as well as examples of his personal philosophy of positivity. He told us which songs he loved as a teenager; which songs he wrote after he "fell out with the Sex Pistols the first time"; and that, if he had his own radio show , he'd have a feature called "Matlock Murders" where he'd play his favourite covers. ( In fact, any "murdering" that night was perpetrated by the God-awful support band Operation 77 who dribbled out lame, passionless karaoke versions of classic Punk and Ska tunes. But the less said about them the better... )
It was a great set by a much-underrated artist who has a fine, powerful voice and charisma to spare, and is actually a damn good guitarist - just watching some of the chords he was playing made my fingers ache! And singing along to All Or Nothing just a few feet away from a Sex Pistol was one of the coolest things ever. And so was shaking hands with a Sex Pistol... 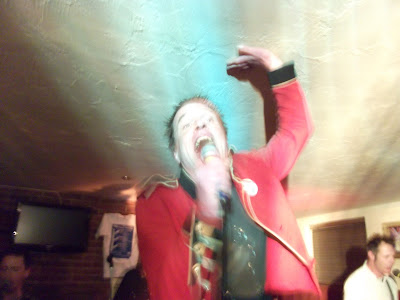 Also playing were legendary Stroud disco-Punks ( remember that description, guys? ) Chinese Burn. Not much Disco in evidence but plenty of fantastic, melodic Punk instant-classics, played with the band's usual passion and very LOUD! 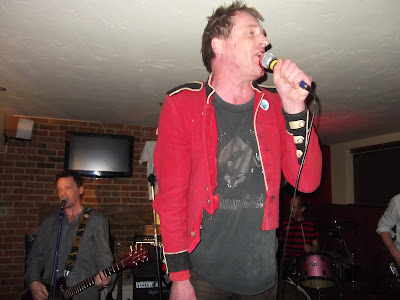 Poor old Ben somehow cut his lip open and proceeded to bleed over the mike, his shirt, the floor, the audience etc. Still, it's Punk Rock innit? 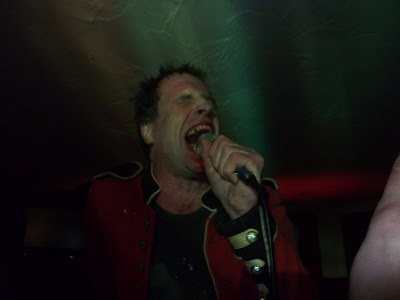 ...but it certainly looks painful :-) 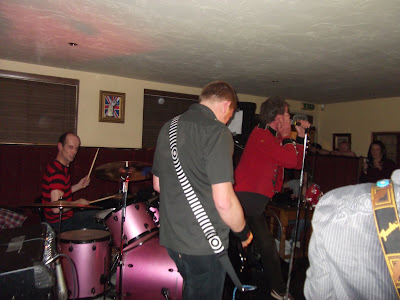 I've never seen the Burn boys put on a bad show, but this was definitely one of their best. A short, sharp shock of a set with no time to breathe as they banged out great song after great song. And for a band playing an unfamiliar venue to a mostly new audience, they pulled the biggest crowd of the evening. 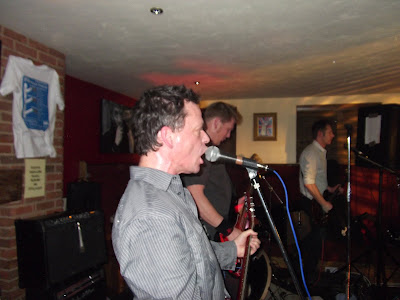 And did I mention they were BLOODY LOUD? 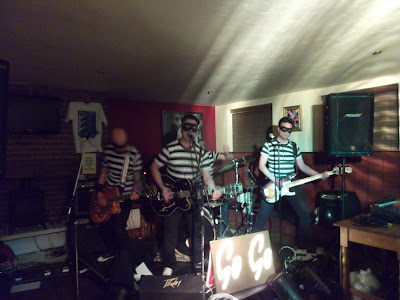 We ( Sarah and I ) missed most of the bands from earlier in the day but we did see the Go Go Cult, rabid rockabilly rebels who looked like they'd just robbed a bank. 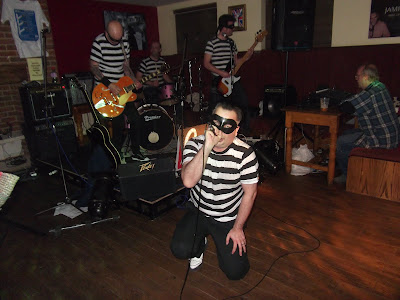 A very raw, ragged but powerful set of ( I think ) original songs in a Punked-up Rockabilly stylee, but stopping short of the dreaded bat-on-a-string cliches of Psychobilly. Well worth seeing, I'll have to catch them again. 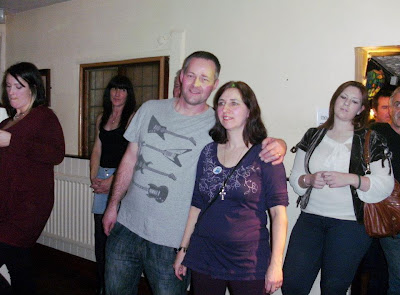 And here's me and Sarah enjoying the Burn experience. Long live the underdog!
Posted by cerebus660 at 22:39

Is it just me, or was it a bit sparsely attended? It doesn't look like there's hell of a lot of people there. Shame

It didn't help that the design of the place was awkward, with a lot of people having to watch from behind a pillar and a staircase, coupled with the usual pub gig problem of people not wanting to get too close to the band ( why's it different if they're on a stage? )
That said, as it was all running late and being a Sunday night, a lot of people had drifted away by the time Mr. Matlock came on. Which was, as you say, a shame...

You'll have to come along next time to make the numbers up :-)

It's on again starting tonight at 6pm ending Saturday night...and there's a stage (sort of)

I won't be able to make it, unfortunately. Off to see The Sex Pistols Experience in Cheltenham on the Saturday... hey, that's today! Hope M4 Fest 2014 is a success :-)