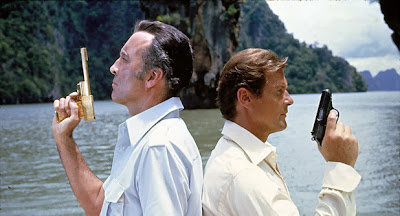 My most popular post at TGWS has long been this one about Bond babes Britt Ekland and Maud Adams from way back in 2009. This search-engine-bothering post has now racked up over 10,000 page views... 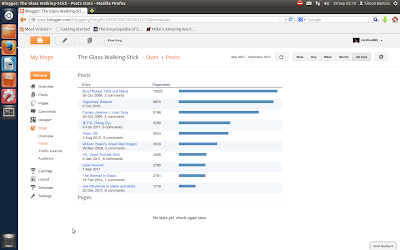 ...which I think is pretty cool. I could kid myself that this very brief look at The Man With The Golden Gun is so popular because of my pulsating prose and scintillating syntax  -  but I know it's purely down to the keywords "Bond" and "babes" and the appearance of images like these: 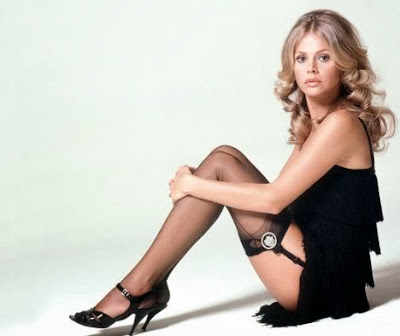 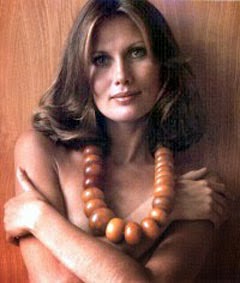 But that's not necessarily a bad thing :-)
So, if you've discovered this 'ere blog via the Bond!Babes! route then thanks for stopping by and helping the post reach such stratospheric heights of success...

Is that the ghost of Frankie Howerd?
;-)